Here’s what’s new in the latest build of Windows 8.1 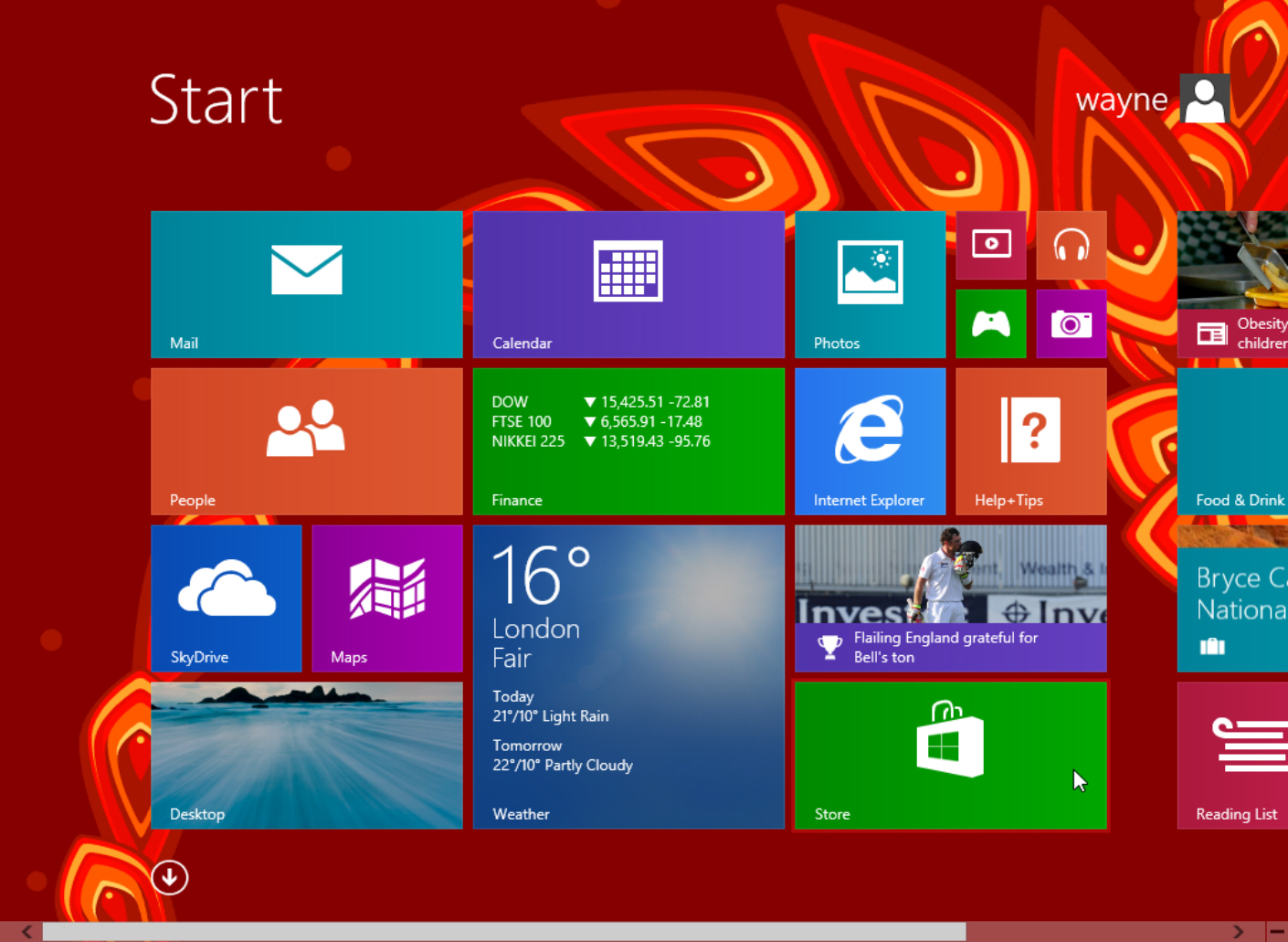 Windows 8.1 will likely hit the RTM milestone in the next couple of weeks but a new version of the forthcoming operating system -- build 9471 -- has leaked onto the internet, revealing a few interesting changes and additions to the official Windows 8.1 Preview released two months ago.

Don’t expect a genuine Start button, or a raft of exciting new apps -- Microsoft isn’t about to reinvent the wheel this close to RTM. However, the software giant has introduced one big new addition which might appeal to anyone thinking of migrating to the tiled OS, as well as a selection of smaller changes.

Windows 8 has a somewhat tricky learning curve to navigate (even Windows division CFO Tami Reller admitted as much in an interview with the New York Times three months ago), and Windows 8.1 does its bit to make the divisive OS easier to use with a new Help + Tips section which offers guides on using Start and apps, getting around, and performing basic actions, as well as information on your account and files, settings, and what’s new in Windows 8.1. 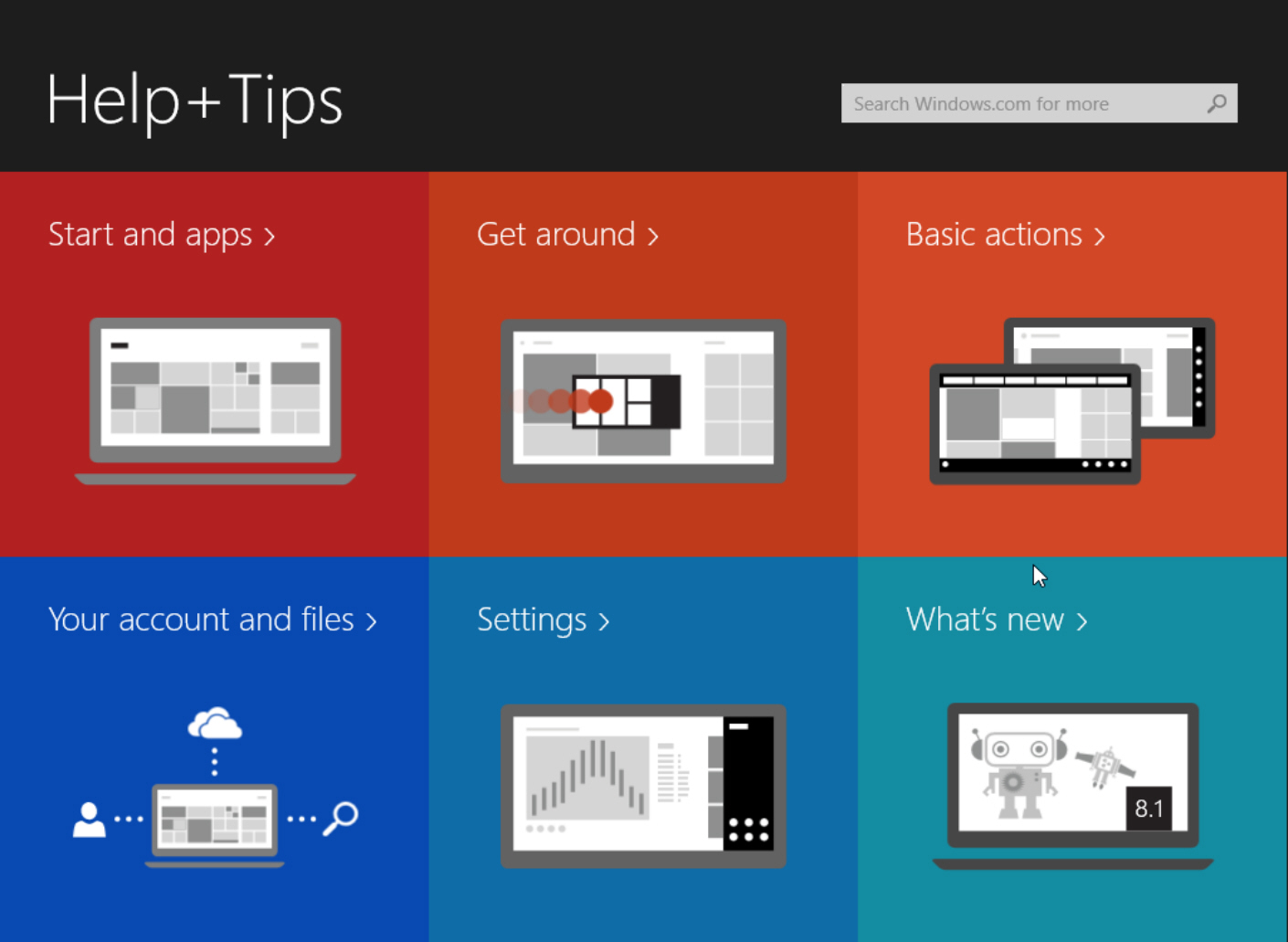 Select one of the options, such as 'Get around', and it will guide you through tasks like ‘Going to Start’, ‘Switch between apps’, ‘See recently used apps’ and so on. There are handy animations to watch and some useful tips as well. 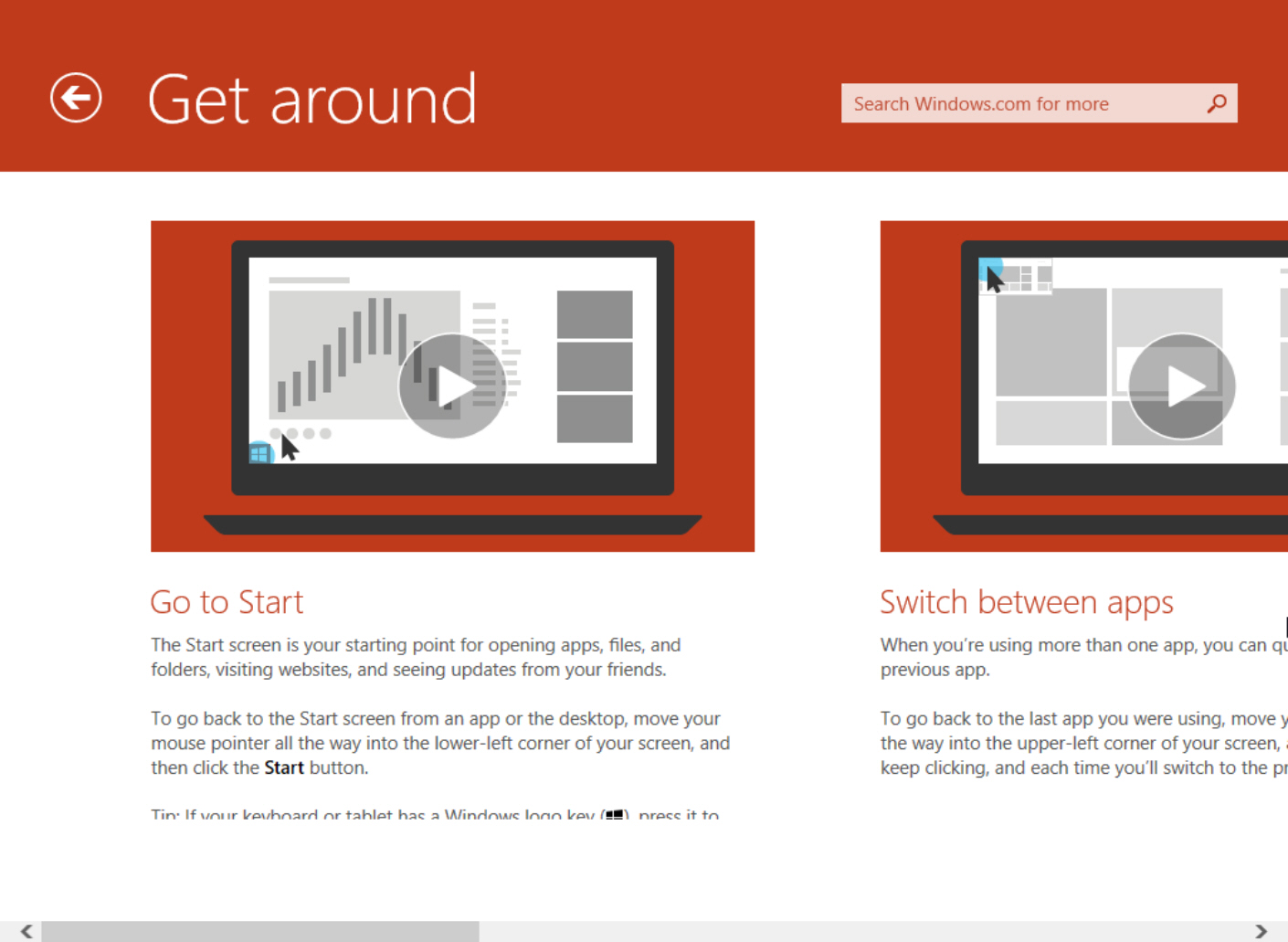 The Personalize section offers a few brand new backgrounds for the Start screen. There’s the Windows 8.1 fish, a robot, flowers, a dragon and a pink tree theme. Of course most people will likely choose to have their wallpaper in the background (you can select that option from the Personalize screen too), but the additional customization styles are still very welcome. 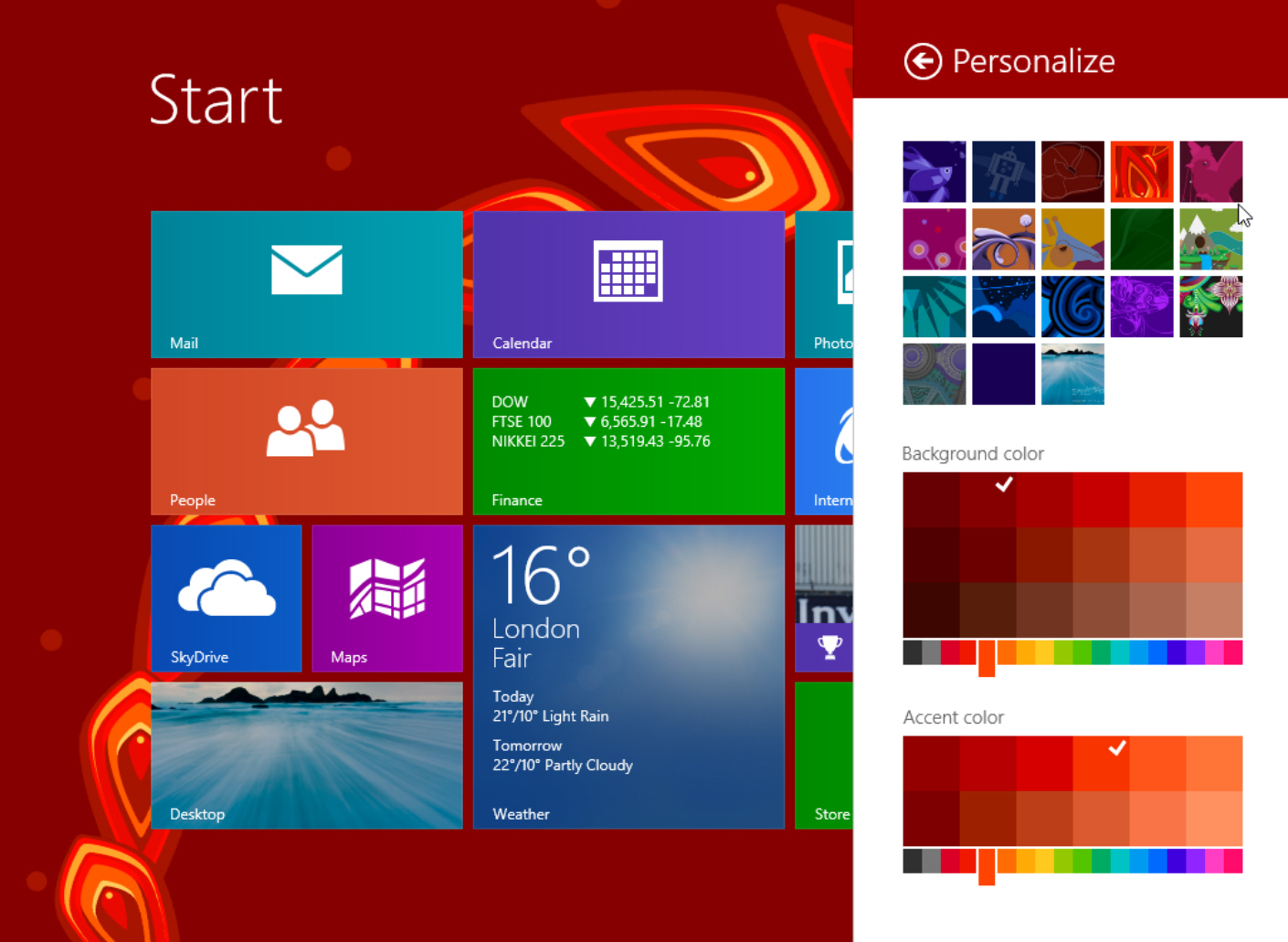 The Mail app has been updated and now supports drag and drop making it easier to organize your messages -- you can just drag them into folders. The strip on the left includes Favorites, Flagged, Newsletters, Social Updates (which contains emails from Facebook, Twitter and LinkedIn) and All Folders.

The People app has been refreshed and gains a slightly improved UI, and the ability to add friends to favorites.

The Xbox video app has been given a makeover with a darker background, and unsurprisingly looks like the Xbox One interface. 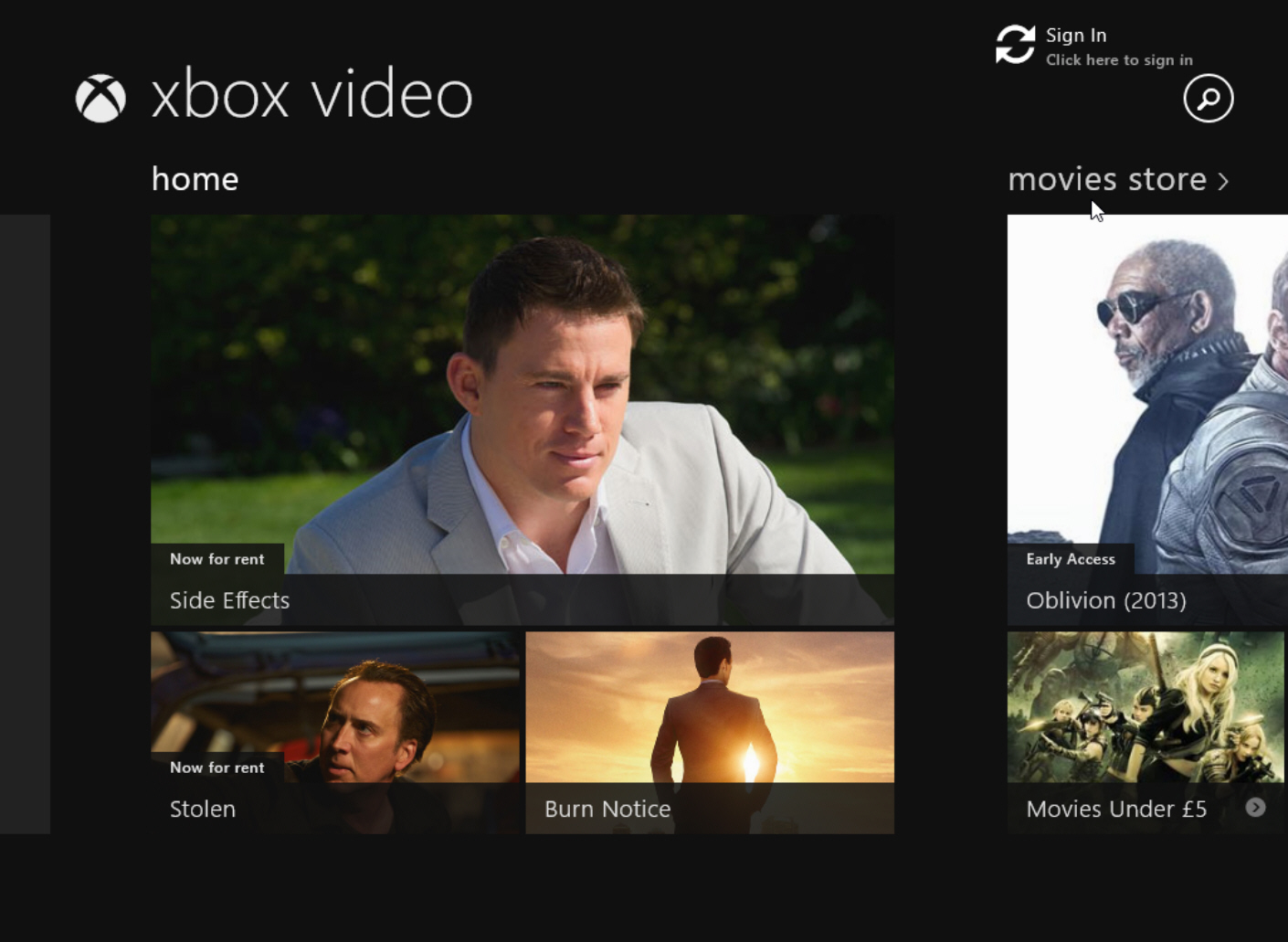 The Health and Fitness app also has a new interface, similar in style to the Food and Drink app. Calendar and Reading List have had some minor tweaks made as well. There are a few other app color changes to be found throughout.

Other new features include Skype being pre-installed, and the return of Assigned Access. Also, interestingly, now when you start using Windows 8.1 for the first time, a large arrow will show you where the new Start button lives. Again helping to straighten that learning curve.

There’s nothing astoundingly different or amazing here, but of course you wouldn’t really expect there to be. The updated build has just had some housekeeping done, bringing it closer to the RTM milestone. Should you wish to try out the leaked version for yourself, you’ll find it on the usual torrent sites. For obvious reasons it makes sense to run it in a virtualized environment rather than replacing your existing OS or dual booting.

So what do you think about the changes and additions -- will the new Help + Tips section do enough to encourage new users confused by Windows 8 to make the leap? As always, leave your comments below. 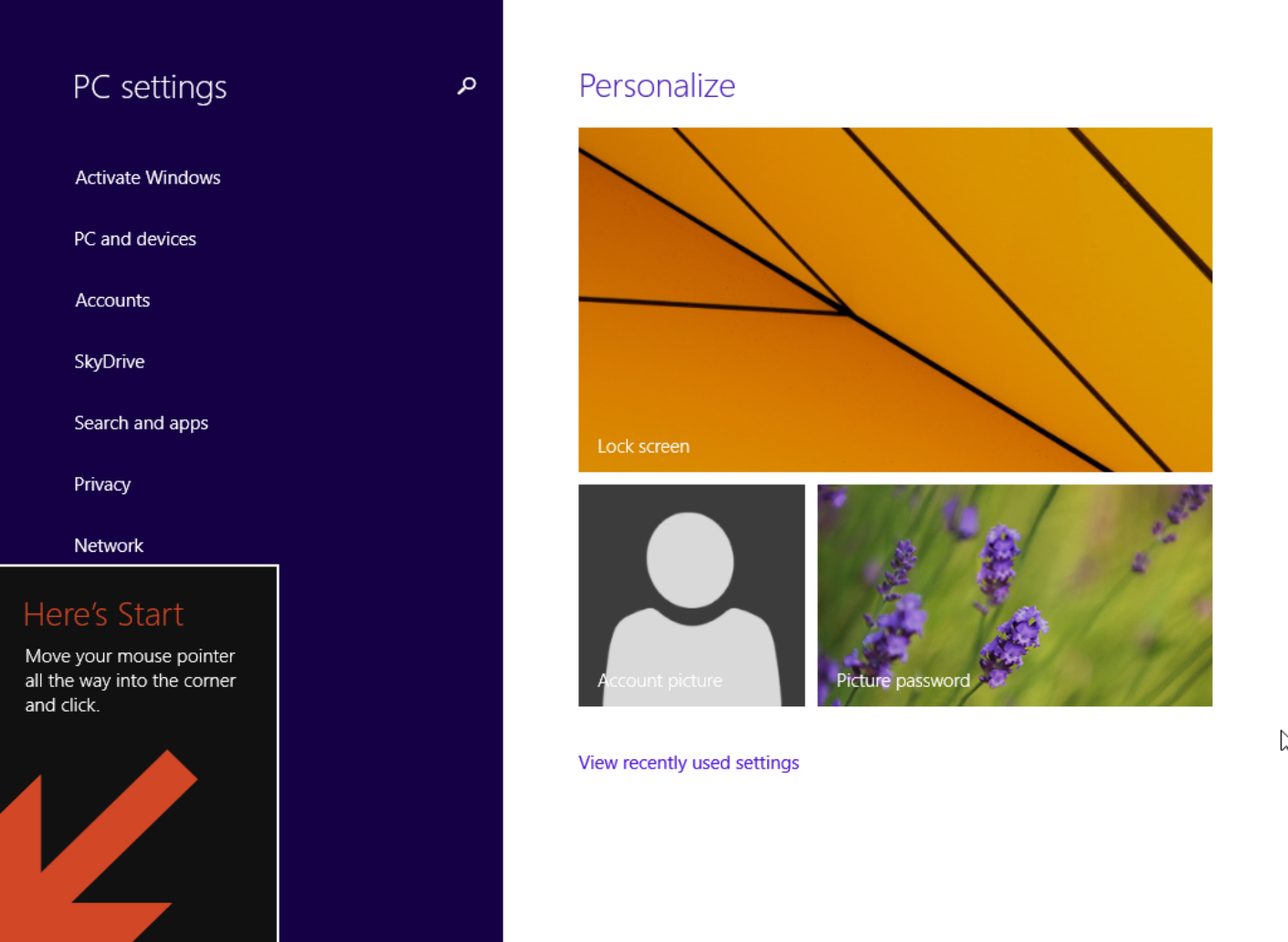 86 Responses to Here’s what’s new in the latest build of Windows 8.1