Parallels Desktop 9 for Mac -- a better Windows 8 experience than a PC? 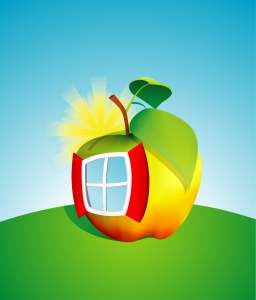 Over the years, the big knock on OS X was that it lacked the software availability that Windows had. While Apple's operating system has made huge gains, Windows is still the software leader -- especially for business. When Parallels was released in 2006, it solved a problem for many Apple users; it allowed them to run Windows on their Mac.

Yes, you read that right -- Parallels is bringing back the start-button and menu. In other words, a Mac user may have a better out-of-the-box Windows 8 experience than a PC user; a sad state of affairs.

Parallels Desktop 9 buyers will also be treated to free limited access to the new Parallel Access app for iPad.

"Parallels Desktop 9 for Mac customers also get an exclusive six-month subscription to the just-released and critically acclaimed Parallels Access for iPad, a breakthrough product for people on-the-go that 'applifies' Windows and Mac applications on a PC or Mac, letting customers remotely access and experience them as if they were made for iPad", says the company.

I have been testing the trial-version of Parallels 8, the previous version, on my Hackintosh with great results. I am no stranger to virtualization software such as VMware and Virtualbox. While those programs are good, Parallels on a Mac is in a class of its own. It is simply awe-inspiring to see the tight integration between Windows and Mac in a single environment.

Between Windows 8.1, OS X 10.9 Mavericks and iOS 7, it seems the stars are beginning to align for Parallels 9 when it is released on September 5th. However, current users of Parallels 8 can upgrade now here.

7 Responses to Parallels Desktop 9 for Mac -- a better Windows 8 experience than a PC?