Don't be an Apple fool 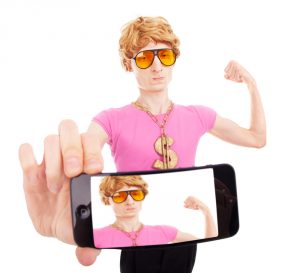 The first new iPhone reviews are in, and there is increasing buzz about how 5s supplies will be greatly limited, as in "severely constrained". Something everyone should keep in mind about iPhone 5s availability. There is huge, as in humongous gigantic, benefit to Apple.

In business perception is everything, and supply shortages generate blogs and news stories and the appearance that the product is super hot-in-demand. No preorders and buzz about coming supply shortages should get people to stores, standing in line -- a phenom not really seen since iPhone 4. Waiting lines -- longer the better -- create perception a product is wanted and result in more blogs, news stories and social network shares.

One drawback of preorders: Lines outside Apple and cellular carrier stores are shorter, resulting with each new launch boundless online punditry about how iPhone demand just isn't what it once was. Given how little substantively is changed between iPhone 5 and 5s -- and Apple's experiences with 4s and 5 launches -- I see changing tactics: Restricting preorders to get people to stores. Granted, iPhone 5c is available for preorder, but that's a new product for which Apple needs sales. For 5s, buzz is more important.

But there's a risk: If people don't line up, because they couldn't preorder and want 5s, there will be confirmation demand isn't as strong as it once was, which will create negative perceptions among Apple investors.

I see some speculation that the iPhone 5s fingerprint reader is one -- if not the major -- reason for rumored supply shortages. Meaning: The device is more difficult to produce. Long lines, if there are any, can obscure something bloggers and reporters -- hungry for that page-view churning story -- miss: Apple fracked up. Plain, pure and simple.

If Apple can't supply enough units because of a manufacturing problem, then someone isn't properly overseeing the supply chain, and the blame belongs to CEO Tim Cook. You can expect Apple distribution problems to be largely obscured by reports about iPhone 5s demand, as anxious buyers come up empty or the lucky few are gleefully interviewed about their bounty. Supply shortages impacted iPhone 5 as well, where preorders kept store waiting lines and related buzz low.

Supply constraint can make products more desirable. The lucky few are special for getting one. They belong, even for limited time, to a special club. That surely will be the case with gold iPhone 5s, which unmistakably isn't its exactly-shaped and sized predecessor. If you've got one, and many others want one, you will be noticed at Starbucks or other public places. There's a positive feedback loop, where rumored (or actual) short supplies increase sales. Just because people couldn't preorder doesn't mean they won't be able to place backorders. Supply shortage isn't a launch-day event, but one that goes on for weeks, generating new blog posts and new stories that feed the buzz and generate millions of bucks in free marketing for Apple.

What matters is what's missing following the start of iPhone 5c preorders: Apple not bragging about how many. Expect the company to combine both phone sales, when boasted in PR, to give greater sense of demand. That's a way to hide whether or not sales of one is weak. Apple does this with iPad, by not breaking out mini sales, which by all analyst estimates cannibalize sales of the larger tablet.

BetaNews readers certainly aren't that interested in the new handset. Early response to our buying poll: 58 percent won't buy iPhone 5s. If that figure is at all indicative of the larger population, limited supplies likely will create the perception demand is greater than what it otherwise would be.

Friday is a big day for Apple, but today matters more to existing customers updating iPads, iPhones and iPods to iOS 7.

30 Responses to Don't be an Apple fool