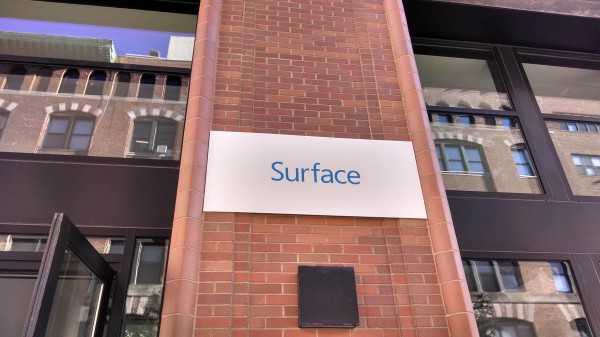 On an unassuming street, next to a strip-club, a small line forms in front of a building. It is comprised of tech-writers carrying backpacks. The smell of bleach is in the air as a maintenance worker frantically scrubs the sidewalk to clean what appears to be vomit. Yes, this is New York City and I am attending the Surface event.

Today, Microsoft is expected to announce updates to its Surface line of tablets (two models -- RT and Pro -- are likely to be unveiled). If Steve Ballmer is here, it may be his final product event before he heads off into the sunset (the man will retire within a year).

I will be taking pictures, videos and live-blogging from the event. What would you like to know? Tell me in the comments.

All updates will be in reverse chronological order. The latest ones are first and first ones are last. You will need to hit the refresh button in order to see the newest updates.

11:31am. The Surface Remix Project Blade is the show-stealer. A potential game-changer.

11:27am. "Blades" is a new type of touch cover which can be customized for different usages. Surface Remix Project is a music-producing pressure-sensitive touch cover. Very innovative!

10:59am. Now onto Surface 2; it is a revamp of Surface RT. They are playing a artsy movie about the design.

10:54am. Type Cover 2 is 1-mm thinner than Type Cover with improved key-switches -- almost as thin as the original Touch Cover. It is silent which makes it ideal for a classroom. And it is backlit!

10:42am. Haswell has been added, with cooler, quieter performance with 75-percent improved battery life. 75-percent!

10:40am. The new kickstand has two modes -- Lap mode and desk mode. The kickstand now extends further for use in the lap.

10:35. The event has started. Two tablets are confirmed as Surface 2 and Surface Pro.

10:14am. Still waiting for something to happen. This dance music is giving me a headache. It is amazing how many journalists are using MacBooks here. I havent seen one Windows machine yet.

10:02am. There is dance music playing and purple light illuminating the room. I may start dancing.

09:42 am. The line of journalists is beginning to stretch far down the street. Electricity is the air.

09:05 am. The new Surface tablets appear to be inside. 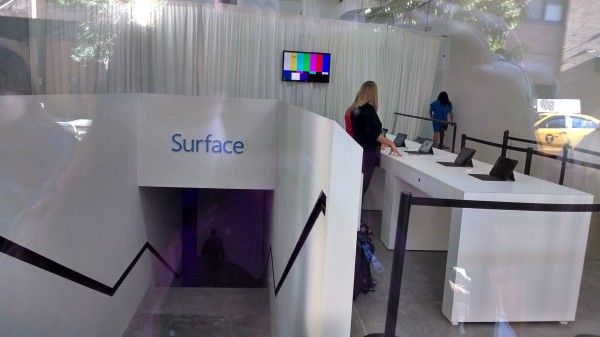