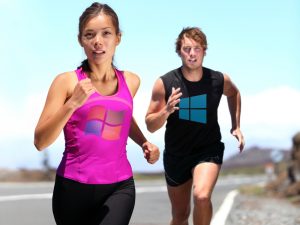 There’s not long to go now until Microsoft unleashes Windows 8.1 upon the world. In my view the operating system refresh is Windows 8 done properly, but whether it does enough to win over the masses remains to be seen.

Certainly Microsoft will be hoping for a change in fortunes because the tiled operating system's market share is currently pretty poor -- at least when you factor in how much of a push the Redmond, Wash.-based software giant has put behind it.

According to NetApplications, which keeps a beady eye on such things, Windows 8 gained a 0.61 percent increase last month, giving the OS third place with an 8.02 percent market share. Windows 7 remains far and away the most popular operating system, with 46.43 percent of the market, followed closely by Windows XP with 31.41 percent.

Windows Vista has 3.98 percent (seriously, upgrade already) and Linux (all versions of OS) 1.64 percent. The various iterations of Mac OS X amount to around 7.54 percent.

Windows 8.1 currently has 0.87 percent, presumably made up of both Preview and RTM builds.

NetApplications lets you view market share by month, which makes it possible to view the changing fortunes of the major operating systems.

In August, Windows 8 had 7.41 percent while Windows 7 stood at 45.63 percent, meaning Windows 7 grew by 0.8 percent in September, 0.19 percent more than Windows 8 over the same time frame. XP was the OS conceding share with a drop of 2.25 percent.

Up until last month, however, Windows 8’s share was growing faster than Windows 7 (although the older OS was not far off the pace), so the slowdown in September is likely due to consumers biding their time and waiting for Windows 8.1 to arrive before upgrading.