AVG and Avira websites taken over by pro-Palestinian hackers [UPDATE] 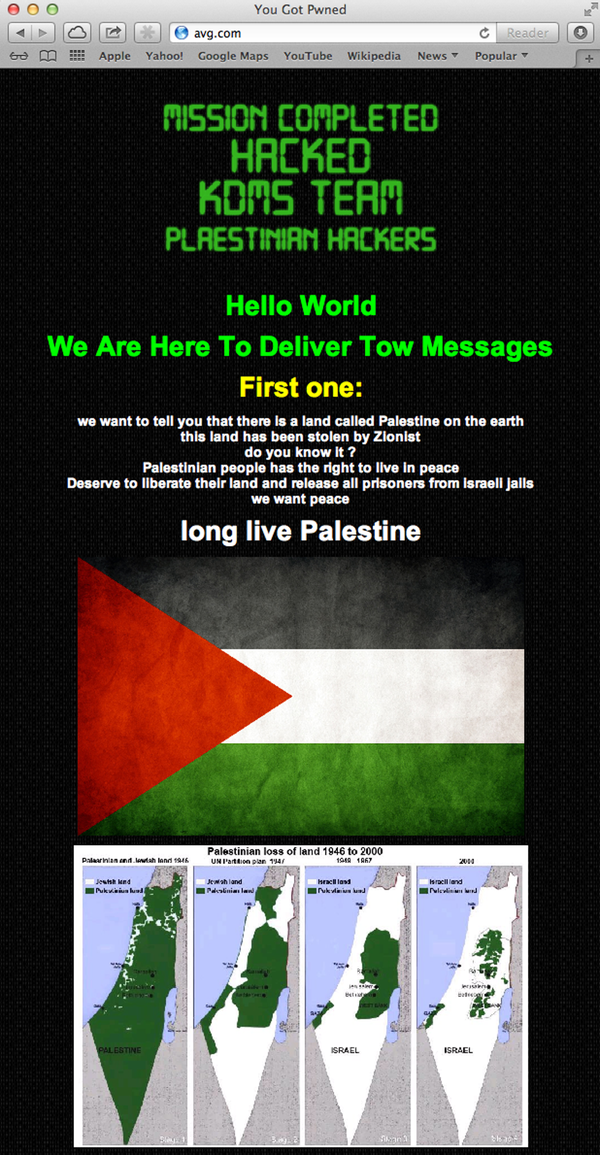 There’s probably nothing worse for a major company than getting hacked. Just ask Adobe. But when the company in question is a provider of security software, well the embarrassment factor goes through the roof. And it’s definitely not good news for consumers who rely on the company’s software products to keep them safe online.

The website of AVG, makers of one of the world’s most popular free anti-virus products, was apparently hacked by a pro-Palestinian group earlier today, and fellow antivirus company Avira has also just suffered the exact same fate.

According to security expert Graham Cluley, visitors to AVG’s site shortly after the attack occurred were "greeted by a patriotic rendition of the Palestinian national anthem (courtesy of an embedded YouTube video) and a message from a group calling itself ‘KDMS Team'".

The AVG site is entirely down now. Avira is still up at the time of writing, and you can view the hacked message here.

The poorly worded statement left by the hackers says: 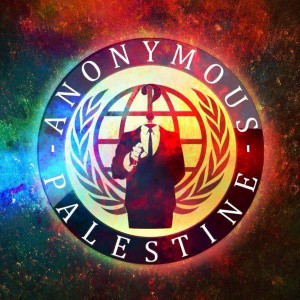 We Are Here To Deliver Tow Messages

we want to tell you that there is a land called Palestine on the earth this land has been stolen by Zionist do you know it ?
Palestinian people has the right to live in peace
Deserve to liberate their land and release all prisoners from israeli jails
we want peace

There Is No Full Security
We Can Catch You !

Hacked by KDMS team
Now .. We Will Quit Hacking

Graham Cluley speculates that it is "possible that the hackers managed to change the AVG website's DNS record, redirecting anyone who attempted to visit www.avg.com to a different IP address" and therefore there’s nothing for customers to worry about at the moment.

The same group earlier also took down Whatsapp.com, but that site is back up and running normally now.

Update: AVG provided me with the following statement regarding the hack: "AVG can confirm today that it has had a select number of online properties defaced as a result of our domain name system (DNS) registrar being compromised. A number of other companies appear to have been faced with the similar issue. The situation is being further monitored and assessed closely. Customers are our priority, the DNS records have been corrected and AVG is working hard to resume normal service levels to its customer base and continue to protect our customers and their privacy".