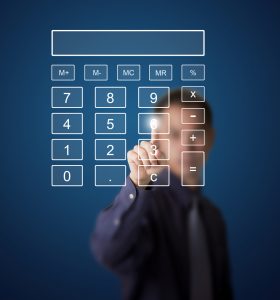 Windows 8.1 is great. But at the same time it -- and its predecessor -- is based on a slightly flawed concept. It's built on the idea of a one-size-fits-all operating system, but in order to get it to work across tablets, desktop PCs, laptops and hybrids, Microsoft has had to make various compromises. A bit like trying to make one suit fit four people with different body shapes.

Windows 8.1 (like Windows 8) fits best on tablets, but tweaks had to be made to ensure it runs on smaller screen sizes. Windows 8.1 works well on standard PCs, but you can almost feel Microsoft's disapproval when you're controlling the OS with a mouse and keyboard -- "But that's not how it's meant to be used!" As a desktop user there are various elements of the new OS which annoy me, but none more so than the Calculator app.

I know what you're thinking. The Calculator app, really? Let me explain. I hate it. It is, to me, the epitome of everything that's wrong with the one-size-fits-all approach of Windows 8.1. On a small Windows tablet, like the Acer Iconia W4, the calculator app works fine. It does a good job. You can use it to do all the things you'd want to do with a calculator. Add up numbers. Subtract them. Multiple them. Wonderful.

On my desktop PC with its two 24-inch screens, the Calculator app is the most useless thing ever. I launch it and it takes a while to open, and then it's there -- bloody huge -- filling my screen with buttons the size of business cards. It offers a selection of calculator types -- Standard, Scientific and Converter, and each mode looks like it's been designed to be viewed from Mars.

To calculate a sum I have to stop what I'm doing, open up this monstrosity, tap in my calculation, then close the app down. It's an exercise in time wasting.

Yes, Windows 8.1 comes with a standard calculator for the desktop -- and this is the program I actually use -- but my point is, the Calculator app serves no purpose on a PC. It doesn’t belong there. It doesn't look like it belongs there. So why is it included?

Because Microsoft is trying to make Windows 8.1 fit everywhere.

Windows 8.1 does this thing if you have a large screen. It detects it, and adds more rows to the Modern UI, so you can fit more tiles into the available space.

So why doesn't the Calculator app detect my large screen and use the space more intelligently? Why, instead of opening full screen, doesn't it just appear in a strip down the side? Why does every app in the OS have to run full screen unless manually resized? Because Windows 8.1 treats every app as if it’s being opened and used on a tablet with a -- at most -- 10-inch screen.

My point here is Windows 8.1 is a good operating system, but it could be a great one if Microsoft had written it to adapt intelligently to the different devices it's on. Instead of offering the same features to all, how about if Windows detects its environment and removes the features you don't or can't use?

I don't have any statistics on hand to back this up, but I'd imagine most people who have a non-touchscreen PC spend most of their time in the desktop, while anyone who owns a tablet running Windows 8/8.1 will use apps a lot more. So instead of requiring the user to customize the OS to how they want it, why can't the OS configure itself to the likely needs of the user?

At the very least, Microsoft could include a wizard that runs the first time you use Windows and lets you choose the features you want, and the features you don't. Instead of just letting us pick a color scheme, how about letting us choose how Windows works from the start, like choosing a desktop-friendly or tablet-friendly setup? Every time the OS detects a change to the hardware it can offer to run the wizard again.

I believe in Microsoft’s vision of having the same operating system running on a phone, tablet, and PC. It's a great idea. You learn how to use one device and you can use all devices. Your data and preferences are available to you everywhere, regardless of whether you're on a PC at home, or using a Surface in a coffee shop on the other side of the planet. It's a bold, brave idea, and to a degree it works.

And yes, it's not just the Calculator app I hate. The super-sized Alarms and Sound Recorder apps are just as bloody ridiculous (maybe even more so).