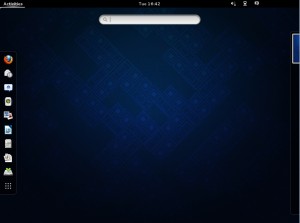 Fedora recently celebrated a 10th birthday, but the Linux distribution is not done reaching milestones. Today, Red Hat announces that Fedora is launching the beta version of the upcoming 20th version of the popular operating system, dubbed "Heisenbug".

"Linux enthusiasts are encouraged to download the beta release of Fedora 20, take it for a test drive and help identify items that may need attention before Fedora 20 is generally available. With the beta release, the software is feature complete but may have some bugs. Real-world testing and reports from users are vital to help identify any new or undiscovered bugs so that they can be addressed before wider distribution", says The Fedora Project Team.

The team further explains "as the next iteration of Fedora’s leading edge distribution, Heisenbug enhances integration with virtualization and the cloud, supports ARM as a primary architecture, and includes a host of additional ease-of-use improvements".

Yes, Fedora fans, you read that right, ARM is being supported as an official architecture. The project team cites major strides made by ARM. This is apparent in tablets, smartphones, Chromebooks and the Raspberry Pi. Of course, x86 and x86_64 will remain the primary and most used variants -- at least for the time being.

While the Fedora team encourages downloading this and testing the operating system, I must caution you (as with all beta software) not to use it on a production machine. After all, the final version is tentatively scheduled for December 10, 2013 -- if you aren't testing and looking for bugs, you should probably wait. However, if you are feeling wild and dangerous, you can download the appropriate version here.