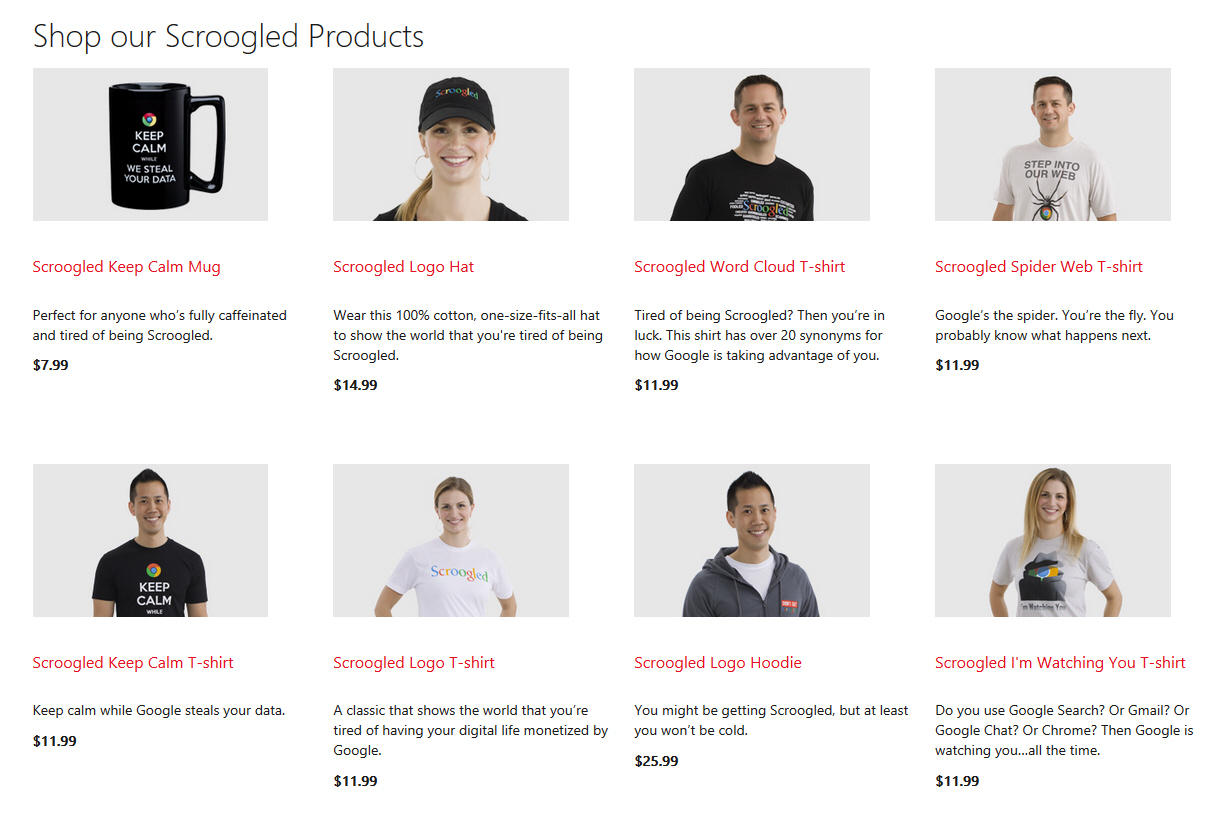 I like a joke as much as the next person -- maybe more, seeing as I’ve had a couple of humor books published in the UK -- but I prefer my jokes to be funny, rather than pathetic, which is why I’m not laughing at the news that Microsoft is now selling anti-Google clothing and other merchandise.

If it was April 1, and the Scroogled product line -- comprising of a mug, hat, T-shirts, and a hoodie -- had appeared on the web, I would have smiled at the silliness of it. Maybe even applauded the gag. But the fact that it’s a real thing, just makes me shrug in an unsurprised fashion at the new low to which the software giant has sunk.

I have no problem with the Scroogled logo appearing on clothing, but the mug ($7.99, currently out of stock) which displays the Chrome logo and proclaims "Keep calm while we steal your data", and the matching T-shirt ($11.99, also out of stock) and the "I’m watching you" T-shirt, which shows a spying Chrome logo ($11.99, and in stock) are another matter.

Microsoft is turning a very tidy profit these days and doesn’t need the money, so why is it now hawking tat featuring cheap shots at one of its major competitors? To get its dubious Scroogled message across, naturally. Whoever created the products obviously knew they would generate a lot of press interest. From a publicity point of view, the Scroogled store has done its job, and well, but really, what does the existence of a product line like this from Microsoft say about Microsoft? We can’t climb to the heights of Google, so we’re tugging on its ankles in the hope of pulling it down towards us?

And seriously, in the wake of all the NSA allegations, you’ve got to be impressed at Microsoft having the stones to single out Google on the issue of privacy. (Excuse me while I make a coffee in my nice new NSA mug. It has various tech company logos on it, and a message stating "Keep calm and sip our data").

If Google and Apple were producing similar merchandise, and all three tech giants were taking cracks at each other, then that would be funny. But when it’s just one firm engaging in low tactics, while the target just carries on about its business without even acknowledging the attacks, it just comes across as embarrassing.

To celebrate this latest round of barrel scraping from Microsoft, I’ve created a mug of my own ($7.99, currently out of stock). 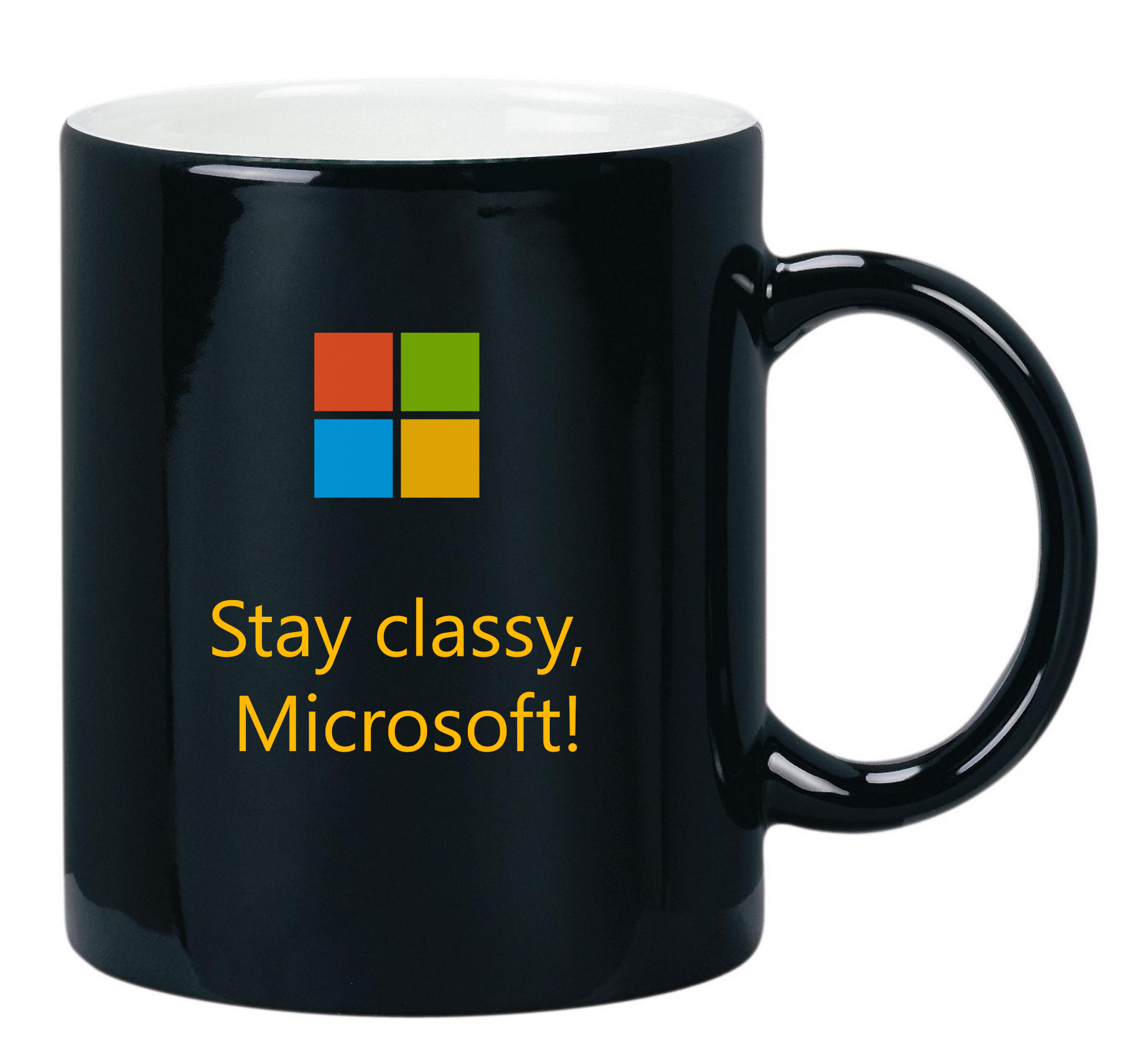