Microsoft partners with Pawn Stars for the best Scroogled ad yet 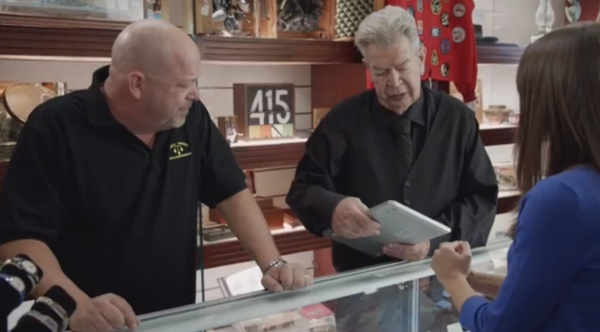 When it comes to TV advertisements, they can usually go two ways -- flashy or informative. For the most part, flash dominates the airwaves. Sometimes I watch an advertisement and have no idea what the product is. Microsoft is no stranger to the flashy commercial. If you recall the original Surface ads, they featured trendy people dancing, with a focus on the sound that the kickstand made. It was an overall dud.

It is hard to fault a company for taking this approach, as informative ads can be considered boring. However, Microsoft may have found the perfect balance in its latest Scroogled ad, which features the stars of hit TV show, "Pawn Stars". It is one of the best advertisements I have seen in recent memory and Microsoft deserves applause.

If you aren't familiar with Pawn Stars, it is a loosely-scripted reality show, featuring the activity at a Las Vegas pawn shop. It is wildly popular despite the fact it is shown on the History channel. It is so popular in fact, that it is frequently rerun in mini-marathon viewings.

The video features the pawn shop owner Rick, his father, and an attractive female customer. Sadly, Chumlee is nowhere to be found. The lady is looking to sell her Chromebook in exchange for a bus ticket to Hollywood. Rick laughs at this notion, and explains that he cannot buy it, since it is not what it appears to be. He explains that the Chrome logo indicates it is not a real laptop, as it does not work offline and is missing Office. He goes so far as to call it a "brick" when it does not have an internet connection.

Besides the digs at ChromeOS, the actors also speak on the major focus of the Scroogled campaign -- harvesting and using user data for profit. Rick tells the customer that Google will track her activity so it can sell advertisements.

To Chromebook fans, all of this is sacrilege. But you know what? It's kind of true. While Chromebooks are inexpensive, the resale value is almost non-existent. I should know, I put my Samsung ARM Chromebook on Craigslist a few weeks ago and nobody wants it. After all, a new Chromebook is only $199. And, it is worthless without an internet connection. Calling it a brick is an exaggeration, but it is not off-base.

The ad is a huge home-run because it is honest, informative and slow-paced so the viewer can take it all in.  Say what you will about the Scroogled campaign; just don't call it dishonest. Kudos, Microsoft. Kudos.