Should we be outbidding the cyber criminals to keep our systems safe? 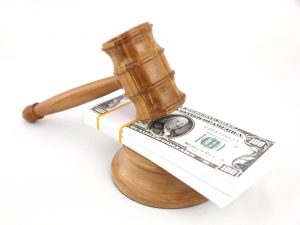 We increasingly rely on technology for the success of our businesses and even of our national economies. Yet that technology is under more and more threat from cyber criminals who adapt quickly to exploit any weaknesses. The resulting financial losses worldwide are estimated to amount to billions of dollars each year.

In a new report from NSS Labs, research director Dr Stefan Frei advocates an innovative approach to deprive criminals of access to vulnerabilities. He suggests that governments and security vendors could join together to create an International Vulnerability Purchase Program (IVPP) to buy vulnerabilities -- paying at or above black market prices -- to keep them from the hands of malicious attackers.

He points out that security currently depends largely on ethical researchers reporting vulnerabilities, but at the same time the black market is expanding fast and offering large rewards for the same information.

In addition to suggesting that governments get together to create an IVPP, among the report's recommendations are that software vendors should offer competitive bounty programs for people who find bugs. It also suggests that government and vendors need to introduce incentives so that developers produce more secure software in the first place.

You can get the full report on the NSS website. It's well worth a read and presents a solid case for the business and economic benefits of buying vulnerabilities.

Do you think this is the right way to go? Should we simply be looking to price cyber crime out of the market? Do let us know your thoughts in the comments.