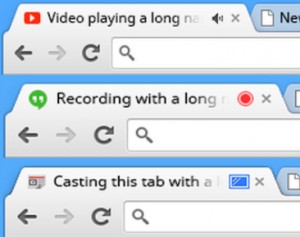 Google has released Google Chrome 32 FINAL for Windows, Mac and Linux, a worthwhile update with a good mix of new and extended features.

Chrome’s tabs can now include indicator icons to let you know when they’re playing audio, using your webcam or being cast to your TV. And so the next time a Flash video ad kicks in, you’ll be able to see at a glance where the noise is coming from.

If Chrome 32 detects that you’re downloading a malicious file then it will now block it and display an alert.