The Internet gets a win! Microsoft, Google and others allowed to disclose US Government requests 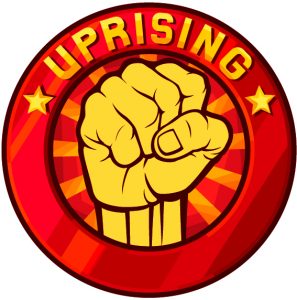 When the Prism and NSA scandal was unearthed and brought to light by Edward Snowden, the internet died a little. I still remember reading the news and being heartbroken that my own government was spying on me by forcing companies to secretly disclose information.

In June of 2013, Microsoft and Google filed lawsuits to gain the ability to disclose the details of these information requests. Today the internet scores a victory -- the shackles have been loosened, and the gags removed from these companies and others like them.

"As indicated in the Justice Department’s filing with the Foreign Intelligence Surveillance Court, the administration is acting to allow more detailed disclosures about the number of national security orders and requests issued to communications providers, and the number of customer accounts targeted under those orders and requests including the underlying legal authorities. Through these new reporting methods, communications providers will be permitted to disclose more information than ever before to their customers", say Eric Holder and James Clapper in a joint statement by the Department of Justice.

The two men, in unison further explain, "this action was directed by the President earlier this month in his speech on intelligence reforms. While this aggregate data was properly classified until today, the office of the Director of National Intelligence, in consultation with other departments and agencies, has determined that the public interest in disclosing this information now outweighs the national security concerns that required its classification".

In other words, they are essentially saying sorry about that America, our bad! Companies like Google, Microsoft and Facebook can now disclose more details of previously secret NSA requests.

The statement closes by saying, "the declassification reflects the Executive Branch's continuing commitment to making information about the Government's intelligence activities publicly available where appropriate and is consistent with ensuring the protection of the national security of the United States".

Microsoft was quick to make the following statement:

"We filed our lawsuits because we believe that the public has a right to know about the volume and types of national security requests we receive. We're pleased the Department of Justice has agreed that we and other providers can disclose this information. While this is a very positive step, we'll continue to encourage Congress to take additional steps to address all of the reforms we believe are needed".

Of course, this does not address allegations that the US government has direct pipelines to the data anyway. In other words, while we may have won a battle, we did not necessarily win the war.

No one wants to hinder a government from protecting its citizens from things like terrorism. However, it is never acceptable for the US Government to spy on its own people, in violation of the US Constitution. This announcement is certainly a victory, but it is disgustingly bittersweet. After all, if it wasn't for Edward Snowden and the outcry of the public, there is no doubt that this behavior would have continued indefinitely.

The Department of Justice says "public interest in disclosing this information now outweighs the national security concerns". Well, if that is true, doesn't that exonerate Snowden and establish him as a hero? Tell me in the comments.

31 Responses to The Internet gets a win! Microsoft, Google and others allowed to disclose US Government requests