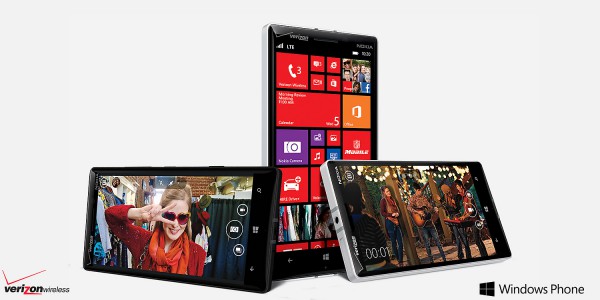 Windows Phone, we meet again. I have a love/hate relationship with Microsoft's Mobile OS. You see, I love using it -- particularly the social media integration with Facebook and Twitter. The glance and go philosophy of the platform really appeals to me. I want a smartphone to blend into my life and not dominate it. However, I am heartbroken by the lack of apps, most notably, Google's.

And so, here I am with the Nokia Lumia Icon and I am very excited. This shouldn't be too surprising though, as I declared the Lumia 928 to be my favorite smartphone of 2013, despite the lack of apps. So, what do I think of the Icon? Read on for my impressions.

First things first, the packaging gave me déjà vu. The bright red box is pretty much identical to the one that encased the 928. Inside the box, was very uneventful -- the phone, the charger and an instruction book that almost no one will read. While some may be disappointed by this, I like it, as it puts the focus on the Lumia Icon.

Amazingly, with the phone in my hand, it felt exactly like the 928. That is not a bad thing, as the design is classic and timeless. While the chassis of the Icon is slightly bigger, both phones are almost the same size. This is amazing, as the screen is bumped to 5-inches from 4.5. In other words, less of the surface of the face has wasted real estate.

Besides being larger, the Icon has a 1080p display. It is bright and vibrant and makes text crisp and clear. Looking at photos or watching videos is jaw-dropping. This alone makes it a worthy upgrade for 928 users.

The camera has been bumped up to 20-megapixels. On paper, that is great, but there are many other factors that lead to great photos. In my limited testing, photos taken on the Icon are much more vibrant than the 928. It is definitely a real-world upgrade.

The internals are quite impressive as the Snapdragon 800 is very capable. From my experience, Windows Phone 8 does not need the same horsepower as Android, so this should future-proof it -- especially with Windows Phone 8.1 around the corner. This phone will very likely get the upgrade.

Sadly though, not all is roses -- there are a few downgrades over the previous model. The most glaring is the speakerphone. The grill is gone and instead, there is a tiny speaker hole. When listening to music and using the phone for other things simultaneously, I was constantly covering the hole with my finger and killing the music. I found this to be extremely frustrating and I question Nokia's design choice.

Also disappointing is the flash. Gone is the xenon flash that was much-touted on the 928. While the Icon still has a dual-flash, both are standard LED. To be honest though, I don't really see a difference in use.

Strangely, the Glance feature does not seem to be supported. This is where the screen always shows information, such as the time, even with it "off". I spent a long time going through settings, but could find no way to enable it. Hopefully it can be added in a future update.

In my very limited use, the phone has been wonderful, despite the few negatives. However, as this is not a full review and I haven't had the chance to spend a lot of time, I cannot yet recommend it. With that said, if you own the Lumia 928 and you love it, you will love this too.