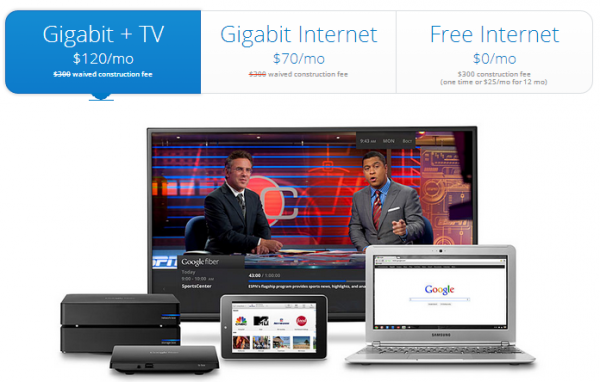 You can't throw a rock without hitting someone who's fed up with their ISP. Services like Comcast are becoming an increasingly worrisome problem in today's world. Google provides its own ISP, but it is sadly only available in rather limited markets. And by limited, we are not kidding, there only three -- Kansas City, Provo and Austin.

However, those cities won't be able to feel special for much longer, because the search giant is considering more locales for its high-end ISP service. "We want to help build more ultra-fast networks. So we’ve invited cities in nine metro areas around the US -- 34 cities altogether -- to work with us to explore what it would take to bring them Google Fiber", states Google's Milo Medin.

Cities include Phoenix, Portland (the Oregon one), San Jose, Salt Lake City, Atlanta, Nashville, San Antonio, and quite a number of other ones.

This obviously doesn't mean the service is coming to every place explored. Only a lucky few will likely be chosen. Google plans to make these decisions by the end of the year. "While we do want to bring Fiber to every one of these cities, it might not work out for everyone. But cities who go through this process with us will be more prepared for us or any provider who wants to build a fiber network", Medin explains.

Google plans to keep everyone updated on this process, and likely we'll all be looking for the company to bring this capability to our own little markets.