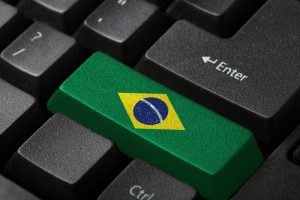 While the gold-standard of office suites remains Microsoft's Office, many competitors are trying to catch up. While Libreoffice is a nice alternative, it has failed to truly take off beyond Linux users and people who don't want to spend money or cant afford to buy Microsoft's solution.

However, the biggest competitor lately has been Google. The search giant has been making a push with both web apps (like Google Docs) and Chrome OS. Education institutions have been high on Google's web philosophy as it is cheaper. Today, the search giant announces that it will be providing Google Apps for Education to students in the Brazilian city of São Paulo.

"The state of São Paulo has more than four million students, 5,000 schools and a community of almost 300,000 teachers and staff. To equip future generations with the skills to succeed in tomorrow's workforce, we are partnering with the Department of Education of the State of São Paulo to provide and deploy Google Apps for Education across the state, for free", says Milton Burgese, Head of Education, Google Brazil.

Burgese further explains, "we've also partnered with the Escola de Formação de Profesores (EFAP), a professional development facility, to train all of São Paulo's 300,000 teachers on the use of Google Apps for Education. Helping them master the new technology will help them communicate, collaborate and partner even better with their schools and students".

While the news of 4 million students is eye-catching, the training of the teachers is more impressive and important. After all, if the teachers don't understand the way Google's products work, the whole thing could fail. Obviously, failing is the last thing Google or the city of São Paulo wants.

While Google Docs is functional, it comes nowhere near matching the power of Microsoft's Office. Yes, for the most part, it should meet the students' needs. However, what about thinking beyond needs? If you give a student basic software, they will think basically.

To truly grow knowledge and creativity, students should be empowered to create beyond the limitations of word processing and basic spreadsheet work. Some truly incredible things can be created in Excel and it saddens me that these students will be limited in functionality by using something like Google's Sheets.

What grade do you give to São Paulo for selecting Google over Microsoft? Tell me in the comments.