Apple shouldn't be the next Microsoft 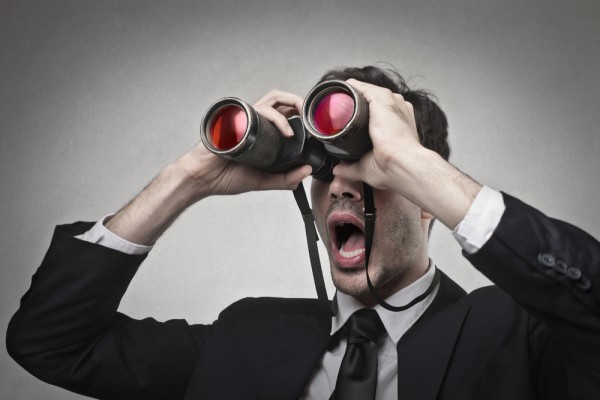 In a long, thoughtful post today, Mark Rogowsky writes for Forbes: "No, Apple Is Not Like Microsoft". He responds to arguments put forth by Barclays analyst Ben Reitzes, which Steven Russolillo summarizes in Wall Street Journal post "Four Reasons Apple is the New Microsoft".

I disagree with the original argument and its rebuttal. I encourage you to read both posts. The answer to why one stock soars while another sunders has little to do with market caps, P/E ratios, and other math metrics analysts crunch like gerbils with a new stick. People generally make decisions for emotional reasons -- what feels right to them. As I so often say, in business perception is everything.

Brand perception often defies logical analysis, but it's common to both companies. Microsoft's stock stalled during its antitrust trial and never recovered. Negative perceptions dog Microsoft 15 years later, that the company can't compete. Similar perception hangs over Apple in the post-Steve Jobs era. That without a new category-changing thing, conceived inside Jobs' noggin, the fruit-logo company must decline. Both viewpoints ignore simple reality: Apple and Microsoft are among the most successful companies ever and that their products are used by more people in the world than most any competitor. ﻿

I expressed some of my dismay at investors' response to Apple four weeks ago. They punished the stock -- by appearances for fears about the future, while ignoring the present: Record $57.6 billion revenue and $13.1 billion net profit during calendar fourth quarter. iPhone alone generated about $8 billion more revenue than all Microsoft ($32.5 billion versus $24.52 billion). Not to say Microsoft is a lackluster performer. The company's net profit was $6.56 billion, or nearly twice Google's ($3.38 billion).

On the road to falling positive perceptions, Apple and Microsoft share Google in common.

As Microsoft fought trustbusters and lost, 2000-2001 in the United States and 2004 in Europe, dark clouds of doubt overshadowed the company and its future -- long, long long before the PC's decline and its negative impact on Office or Windows. Meanwhile, Google rose to greatness, or was perceived to be. By early 2002, for example, Google search share shot past MSN and Yahoo, here in the United States (that's based on data provided by ComScore MediaMetrix back then). It's Saturday, and I don't want to spend hours crunching all the numbers, so my summary: Microsoft brand perception among investors fell on doubts about the company's future under antitrust oversight and from increased competition from newcomers, with Google standing front and center. Apple, too. Share price tells a story. Microsoft's stayed close to the 2000 price, while Google steadily rose, topping $700 in 2007.

Apple's Google problem is mightier. The search and information giant is more visibly innovative in 2014 than 2002 -- and successful. Positive perceptions about Google, particularly among investors, are enormous. Just look at the share price: $1,203.79 at market close on Friday. Bloggers galore predicted Apple shares would reach $1,000 as the stock climbed to $700 in 2012. But investors soured on Apple, which closed at $525.25 yesterday. That despite producing revenues and profits that are the highest ever produced by any tech company. But the perception that Apple can't compete against Android, sustain generous gross margins, or innovate without Steve Jobs counterbalance actual performance.

In a way, Apple really is the new Microsoft. The companies share similar perception problems, of having reached the innovative peak before eventual decline. Investors are wary, while embracing Google with share price rewards. But perception isn't reality. Apple and Microsoft both outperform Google, at the bottom line. The fruit-logo company and software giant also produce tangible products that they sell. The search and information giant's fortunes are tied to the tenuous online ad market. During fourth calendar quarter, for example, Google's cost-per-click (the charge for advertisements) fell 11 percent year over year and 2 percent sequentially.

These three are all great companies, and Titans of American business. Google probably is the most-innovative tech right now. People feel good about Google, clearly investors high among them. But Apple is in no immediate danger of becoming Microsoft, in the sense of being the last-era's platform provider. But the two share similar perception problems among investors. That's a problem which fix starts with marketing.

8 Responses to Apple shouldn't be the next Microsoft