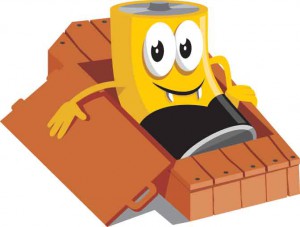 As smartphones and tablets evolve, they get faster and gain more features. However, there is one place where they are still lagging -- battery life. Many devices still require daily charging. Not only is this annoying, it is dangerous too. After all, you cannot call 911 from a dead phone.

While some newer devices such as the Droid Maxx and iPad Air are class-leading in battery longevity, people still want more. A good way to increase battery life is to avoid using apps that suck your battery like vampires. Today, KS Mobile announces its list of the top 10 Android vampire apps.

"KS Mobile, the innovative makers of the free Clean Master utility app for Android 2.1 and up, today announced its index of Top 10 Android Vampire Apps that drain the most battery on Android smartphones worldwide. This list is ranked based on the highest average frequency that apps trigger a warning to smartphone users about their own battery consumption levels", says KS Mobile.

Adam Morley, Product Manager of Clean Master says, "we want to empower our users to keep their smartphones operating smoothly and efficiently, that’s why we want them to know which apps they enjoy the most might be draining their battery life more than they know. Eliminate the frustration of being left with a dead smartphone by practicing smart battery preservation on your Android and being selective about which apps you use".

The company lists the following battery-sucking apps as being the worst offenders:

Of course, if you depend on a battery-sucking app, there is not much you can do if there isn't a more energy-conservative alternative available. However, consumers should at least be given the knowledge of the biggest offenders, so they can be empowered to decide how to proceed.

The company also offers the following tips to conserve juice and keep your battery healthy:

What do you do to conserve battery power? Tell me your tips in the comments below.