Reset the Net shows a groundswell of opposition to the NSA 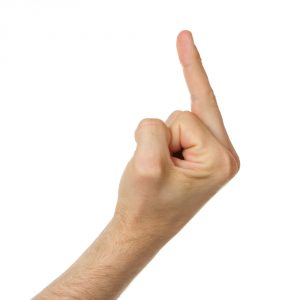 Internet heavyweights such as Reddit, Imgur, BoingBoing and the WikiLeaks Party are joining forces to encourage internet users to take control of their privacy. Reset The Net is a campaign that flips the virtual bird at the NSA by inviting people to make use of privacy and encryption tools to keep themselves protected online. Also involved are such names as Greenpeace, Amnesty International and the Electronic Frontier Foundation, and the campaign is gathering momentum as internet citizens find themselves increasingly disillusioned by the post-Snowden world.

We have already seen an upsurge in the use of online encryption, but this has been largely employed by those who are more technically minded. The Reset the Net website asks web users to make a pledge: "On June 5, I will take strong steps to protect my freedom from government mass surveillance. I expect the services I use to do the same". Reset the Net is not an end in itself, but more of an awareness-raising campaign that aims to educate people as much as send a message to the NSA and its ilk.

By some, Reset the Net will be seen as a period at the end of a heavily surveilled sentence, but really it's a semi-colon. This is where things start to get serious; this is where the backlash starts. There have been numerous vocal outpourings about the NSA, but the sheer number and gravitas of those involved in Reset the Net simply can't be ignored. Of course there are some political bodies involved in the movement to free the web, but this is very much a political issue -- it is often difficult to separate politics and technology.

Reset the Net is not just about foot-stamping and hissy-fit-throwing. It is about educating people, not only about what is going on, but what they can do about it if they take umbrage at it. It's a campaign that empowers people to vote with their virtual feet, providing them with the tools and information they need to protect what everyone holds most dear: privacy. The campaign calls on app and website developers to do more to protect their users, but also arms those same users with the information needed to make the necessary demands of the services they utilize.

It may feel as though the war against privacy invasion has been going on for some time, but in reality it is only just beginning. This is not something that is going to change overnight, but the more information that is out there, the better educated people become, the better equipped they are to make informed decisions. Fight for the Future -- the group behind the Reset the Net project -- may appear grandiose in saying "There are moments in history where people and organizations must choose whether to stand on the side of freedom or tyranny. On June 5th, the internet will show which side it’s on," but it's justified. Online privacy is something that matters. Government surveillance will never be wiped out entirely, but that's not the aim. The aim is to stop the indiscriminate mass surveillance of millions of internet users. Sounds reasonable enough, doesn't it?