Hacker discovers a way to double your money on PayPal 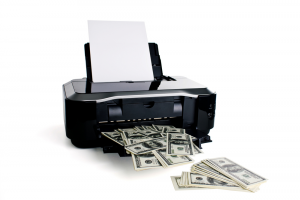 A former hacker once convicted for hacking into NASA and the Pentagon claims to have found a way to reliably double your money by exploiting a loophole in PayPal's system.

Razvan Cernaianu, who goes by the nickname TinKode, claims scammers need to open three PayPal accounts in order to pull off the scam. One is a legitimate buyer, another is a disposable seller and the third is a mule. The latter accounts need to be linked to virtual credit cards.

"As the second account is only a virtual one, it will not have real money from which Paypal can extract. Therefore you are left with $500 restored by PayPal, and $500 in your third account".

Cernaianu said he reported the loophole to PayPal's bug bounty team, who have claimed that the problem results from an issue with its Protection Policy.

"While the abuse described here is possible in our system, repeated abusive behavior by the same and/or linked account(s) is addressed," PayPal reportedly told Cernaianu.

However, the company has not issued a response on what it has done to prevent one-off abuses of this kind.

The Romanian hacker, who also goes by the online alias "sysgh0st", brought down websites belonging to the Royal Navy, the Pentagon and NASA using advanced SQL Injection techniques to plant malicious code in the website's source code, before being arrested in 2012 and forced to pay $120,000 in damages.

Whether or not this loophole could be used to extort thousands of pounds out of PayPal is dubious, considering their considerable investment in anti-fraud technology. However, it just goes to show that there are loopholes in even the most advanced and secure systems.