Microsoft is cooler than Apple 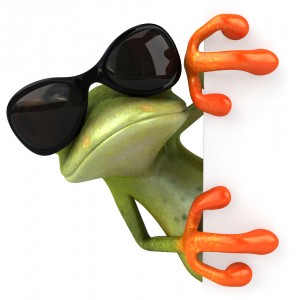 Third in a series. In business perception is everything. Many companies succeed or fail not because their products are great but their brands are perceived to be that way. Apple is a remarkable perception manager. Consider iPhone 5s, which features and benefits fall far behind many competing devices. Rather than innovate, the fruit-logo launches an evocative marketing campaign -- "You're more powerful than you think" -- that makes the smartphone look better. Improved. The ads are compelling because they communicate: Your life will be better, you shall achieve your dreams, by buying iPhone 5s.

Meanwhile, competitors like Microsoft truly innovate and take the kind of risks that once defined Apple. Last year I asked: "Will 2013 be another year of Apple iteration masquerading as innovation?" Yes, and halfway into another year, little is changed. The answer is the same. Last month I explained "Why Apple no longer innovates". OS X Yosemite and iOS X 8 are prettier, but so what? Meanwhile, Windows 8/8.1 is a radical rethinking of the platform -- as is Surface, which delivers refreshing change to computing. What's that long-forgotten Yellow Pages tagline? Let your fingers do the walking. They do on Surface.

Like comedian Rodney Dangerfield, Microsoft gets no respect. But the company deserves some and should copy tactics from Apple -- not the modern behemoth but the days-gone-by upstart. A decade ago, Steve Jobs led a company struggling for, but slowly gaining, respect. The choicest apps were available for Microsoft platforms. Developers gave OS X little respect, nor did consumers. Fast-forward 10 years, and apps go first to Apple or Google platforms, not Microsoft's. Meanwhile, the Softie is viewed as your Daddy's brand.

My daughter was supposed to go to the Electronic Daisy Carnival in Las Vegas this weekend. But because of a new job, we sold her ticket on Craigslist. She asked me Saturday: "Did you see the EDC SnapChat channel?" Concert goers' pics and vids appeared in a stream. That's great for her iPhone 5s, or any Android. But there is no SnapChat app for Windows Phone. Microsoft gets no respect.

But the winds blow in a fresh direction, if only new Microsoft CEO Satya Nadella and his leadership team can raise the sails and turn the sloop to catch the breeze. Microsoft's devices and services strategy is succeeding. Windows 8, which started slow like XP, gets warmer reception. Nokia Windows Phones deliver exceptional value and performance -- and hardware, software, and cloud services integration is tight, like you would expect from Apple.

Then there is Surface. I loved the original, and Surface Pro 3 is even better. But it's not the what that matters but the whom. I couldn't resist hauling down to Microsoft Store San Diego to witness the device's launch on Friday. I expected to see a bunch of die-hard, old-fart Windows geeks waiting. Nope. Among the people at the front of the line, four were college students -- exactly who you would stereotype as Mac buyers. Each expressed similar interest: Creativity. Learning. Again, they fit the Apple customer profile but chose Microsoft.

The other person recently graduated from college and works for a healthcare group. He said that one of the company's healthcare clients ordered 2,000 Surface Pro 3s. Stagnant Apple innovation is an opportunity.

The fruit-logo company's success among creative professionals and in education is legendary and longstanding. Surface shows Microsoft's best, but rough waters bash the sloop even as the winds change in favorable direction. Windows 8.1 and Windows 8 aren't first in line for the best apps. When Apple couldn't get them, it rolled its own -- Garage Band, iMovie, iPhoto, and iTunes, for example. Then came professional apps, largely for people who create digital media content. Microsoft must make more apps and even pay developers to create them.

Office isn't enough. There the branding effort around Surface and other products works. Example: Last week while in Panera Bread one morning, I saw some businessman using what I assumed was Surface Pro 2. Nope. ARM-based Surface 2, which can only run apps from Windows Store. The guy could have modeled for a Microsoft commercial. He praised the tablet's hybrid PC utility and capability to run Office. His next laptop will be Surface.

Well, hell, he is exactly the kind of customer two years of Surface commercials target. If indicative of any trend, Microsoft's message reaches the Office, business crowd. But most people don't create content in PowerPoint or Word. They're using apps to share moments -- pics, vids, and short texts. Then there are professionals pining for a tablet with pen that's good enough as a PC. Microsoft must give them what they need.

But apps, or even supporting cloud services aren't enough. Apple's core sustaining success before becoming a popular consumer brand is community. People belonged to something that made them feel special, understood. That's the brand cache Microsoft lacks but in some ways once had.

I have long said that enthusiasts make the best marketers. If your customers love you, they will evangelize your brand. Microsoft had strong enthusiast community during the 1990s, and it got needed revival with launch of Channel 9 during the last decade and Robert Scoble as chief blogger evangelist. Markets aren't found, they are made. Brand building requires aggressive, consistent promotion. Microsoft must expand beyond businesses and Office to creatives and other professionals or consumers. They need apps, and they need to feel special. To belong. Apple takes them for granted. Microsoft shouldn't.

Microsoft should promote or hire (Hell, I'd do the job) a new chief evangelist and broaden product marketing for stuff the company makes, starting with Surface and Nokia phones. Why is Nokia such an invisible brand, while iPhone 5s floods primetime commercials? People won't buy something they don't know about, or for which they don't feel something. Disdain is better than nothing! Microsoft is cool again -- cooler than Apple -- but people don't know if they aren't told.

Microsoft should be an aspirational brand, selling products that promise to make people's lives better. The company did just that over three decades by driving the personal computing revolution to the masses. Apple usurped leadership with iPhone and iPad. Time is come for Microsoft to reclaim through innovation and evangelism what was lost.

458 Responses to Microsoft is cooler than Apple