Why I love Surface Pro 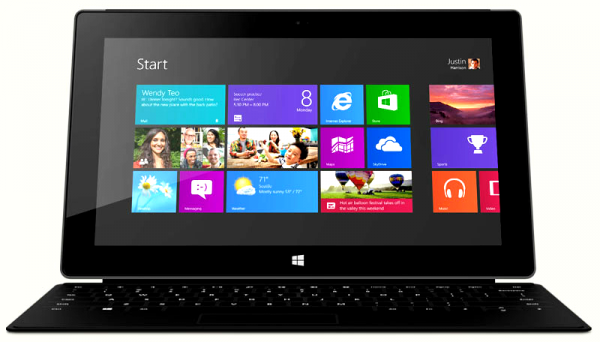 First in a series. I have loved many computers and gadgets over the years. They typically share two things in common: Initial "Wow" reaction and improved experience the longer used. Microsoft Surface Pro gets the first, but more time is needed on the second. February 14 marks my fourteenth day using the tablet.

Too often tech vendors put too much emphasis on features while missing something more fundamental: Joy. How do you feel using the product. Does it make your life better? Are you happier for using the thing? Design -- how a product looks and the interaction with it -- is paramount. Apple products, for example, are pretty for a reason. On this Valentine's Day, after two weeks with Surface Pro, love is appropriate topic. Because the tablet makes me feel good.

Tech stuff that initially wowed me, and I came to really love, is a short list. In order of use:

Over the years, there are many tech products I liked, and that list is long. Love is something else, and not always lasting. Those listed above stunned by their physical design and user experience. Surface Pro joins them in the initial "Wow" reaction, as somewhat expressed by my initial 3,800-word first-impressions review. Perhaps after another 14 days use, I can say whether love is lasting.

So where does the love come from:

1. Surface Pro is handsome and feels rugged to hold. Metal separates grown-up products from infants. Microsoft chose wisely to forgo plastic. The device is well-made -- quality feeling right down to the look and feel of power cord and brick. The slanted-sides create illusion Surface is thinner than it is, while pulling the ports out of the way.

2. The convertible design is clever and useful. I love the kickstand and optional keyboard covers, which is practical and personal. Practicality should be obvious. Different colored covers let you add flare and personality. Microsoft should offer custom designs.

3. The screen simply stuns. I love, love, love the display, which is the gateway to the device. (So why don't more hardware vendors make the screen a priority?) Text is super sharp and scales quickly while still looking great. Microsoft chose fonts wisely, too. Then there is touch, which I find to be more accurate on the device than any other I have used. The 10.6-inch diagonal size is just right for a tablet doing laptop duty.

4. Modern UI is as good as it looks. When I tested a Samsung Slate last year, Windows 8's new interface did little for me. But something's different now, perhaps because of Surface Pro's screen. Modern UI really does feel modern. Microsoft's built-in apps are simply gorgeous and functional. They beg to be touched, gawked. Overall, I find the interface to be surprisingly intuitive. All this beauty makes me feel good.

5. Surface Pro is fast. I've seen no ARM-based system that can compete. Microsoft made wise choices about the processor, SSD and other components. Battery life could be longer (I typically see 4-5 hours) but is comparable to thin laptops.

How will I feel in two more weeks? Will it be a whirlwind relationship or something longer?

118 Responses to Why I love Surface Pro