The top 10 data breaches and how they happened

Security breaches happen all the time but it's the biggest ones that hit the headlines and send ripples through the IT community. Security consultancy TSC Advantage has looked at the top ten breaches from the last five years and what effect they've had.

Top of the list is the Adobe hack of 2013, made possible by weak password requirements and affecting 152 million customers. In second place comes the recent eBay hack involving stolen employee credentials and affecting 145 million users.

Fifth is the 2010 attack against Google by Chinese hackers which exposed the identities of Chinese Gmail accounts that were under surveillance. In sixth comes the 2011 Epsilon attack which exposed customer names and addresses and led to the payment of $225 million in damages.

The 2011 Sony attack that left the Playstation Network down for 23 days takes seventh slot, followed in eighth by the US Department of Veterans hack in 2009 that exposed 70 million records.

Rounding out the top ten are the 2014 Global Payments attack which exposed 1.5 million sets of credit card numbers, and finally the AOL attack, also this year, which potentially exposed the details of 120 million customers.

For more information on recent breaches, what can be learned and what can be done to combat them, visit the TSC Advantage website. There's also a summary of the top ten, their causes and impact in infographic form below. 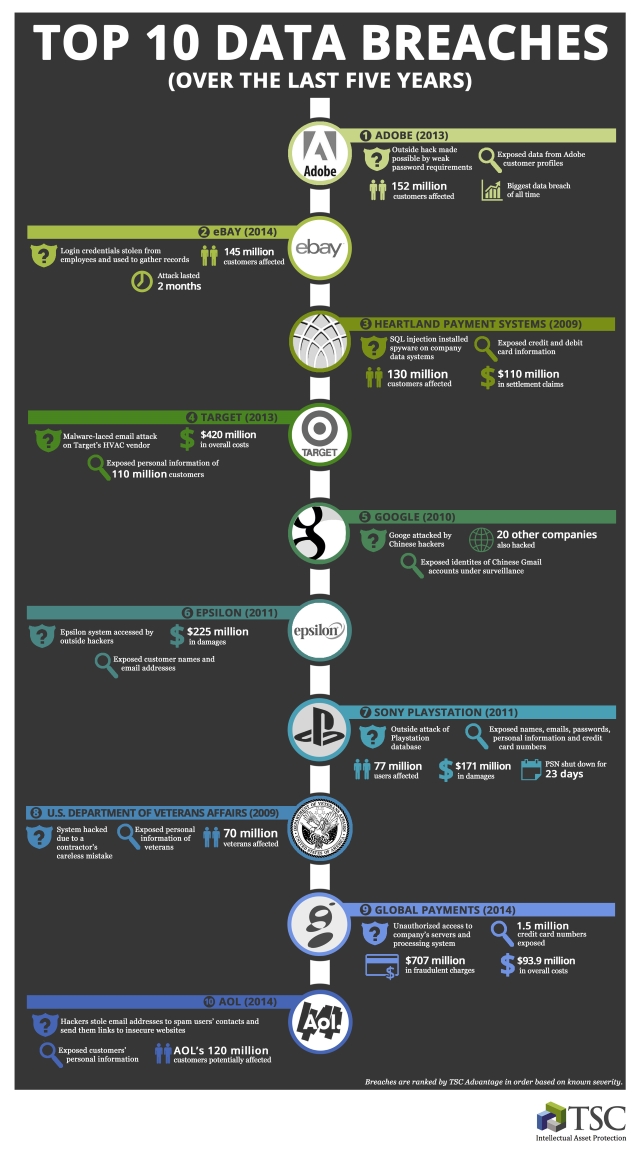