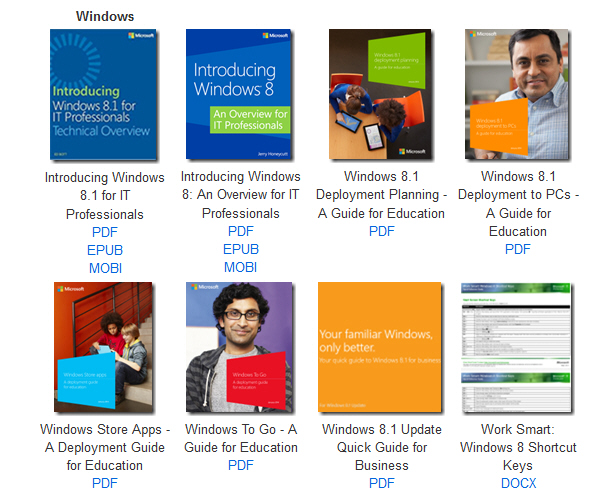 Eric Ligman, Microsoft Senior Sales Excellence Manager, has released a whole new batch of free ebooks, covering topics such as Windows 8 and 8.1, Windows 7, Office 2013 and Office 365, Azure, Lync 2013, and SQL Server. There are ebooks and resource guides for all things Microsoft.

For the past few years, Ligman has been writing posts in which he has given away almost 150 free Microsoft ebooks, and now he has another 130 more titles available to download for free, in addition to all the ones previously offered. Yes, that's right -- there are now close to 300 titles available.

According to Ligman, 3.5 Million of these free ebooks have been downloaded as of last June, including over a million in a single week last year. He’s hoping the latest batch will lead to a similar downloading frenzy.

The books are available in various formats including PDF, EPUB, and MOBI.

You can browse the full section and download any that take your fancy, from here.

The ebooks are all of different lengths -- Ed Bott’s Introducing Windows 8.1 for IT Professionals, for example, is 139 pages, while Getting To Know Office 365 is 64 pages. OneNote 2013 Keyboard Shortcuts is (unsurprisingly given the topic) a svelte 8 pages.