Chromebook kicks OS X and Windows out of school 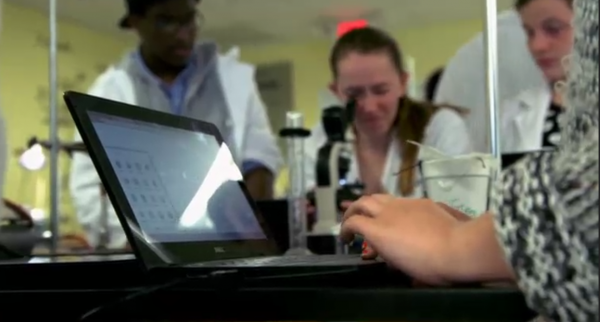 Get ready for another rash of "Year of the Chromebook" stories. It isn't, but tongues will wag. Today, NPD released new data about U.S. commercial computer sales which, like the last set, is sure to be misquoted. Spurred by educational buying, Chromebooks accounted for 40 percent of U.S. commercial channel notebook sales for the three weeks ended June 7. But some nitwits are sure to claim all sales, as they did following December's data drop. Commercial sales are more limited and represent those to businesses, educational institutions, governments, and other organizations.

That's not to diminish Chromebook's success, considering the category is but three years old and supplants OS X and Windows sales in the coveted education market. Users gotten young often stay with a platform for life. The browser-based computers aren't singular entities, either. Android and stand-alone Chrome platforms benefit, too, from halo sales going both ways.

"Chrome’s unit strength ahead of this year’s education buying season shows how it has become a legitimate third platform alongside Windows and Mac OS X and iOS", Stephen Baker, NPD vice president of industry analysis, says. The three-week sales figure is up from 35 percent of commercial notebooks for the year through May 31. During the five months, Chromebook sales soared 250 percent year over year, while Macbooks rose 20 percent and Windows laptops were flat. Yeah, a Chromebook invasion is underway and landing in territory long held by Apple and Microsoft.

"The next test for Chrome will clearly be the most difficult, as both Apple and Microsoft get more aggressive in pricing and deal making over the next few months", Baker says. "By the end of the third quarter we will have a much clearer picture of the long-term impact Chromebooks will have in the commercial channel".

I got a surprising lesson in Chromebook for education yesterday. Mom got a new computer for her birthday, and I asked her to ship back the Samsung Series 5 550 Chromebook I bought her in July 2012 -- $449 from Amazon. In re-setting up the device, I was surprised how speedy the Chromebook is (4GB memory helps lots) and could see how much brighter the matte screen appears compared to newer models with glossy displays. I Craiglisted the laptop for $150.

A college student contacted me about the Chromebook, and yesterday we met at a coffee shop. He clearly had no idea what he was buying -- how Chromebook differs from OS X or Windows laptops. I tried to explain but didn't need to. Watching his reaction was an epiphany. He uses Chrome and Google services and recognized the Google account log-in. Within minutes after signing on, everything he uses was available. He marveled at seeing apps, Google Drive, and his documents. My mistake: By using Chrome on a Windows PC he already was ready for Chromebook, and the laptop was set up with all his stuff even before his uncle paid for the computer.

That's Chromebook's appeal to students. For educators, benefits are different, such as ease of setup, ongoing management, purchase price, and total cost of ownership. Google supports Chromebook for five years, and that Samsung should get this student through graduation.

Google's browser computer concept finds a niche market, but the story doesn't yet have an ending where Chromebook crowns king. The U.S. commercial channel is increasingly complex and "has been undergoing considerable change over the last few years", Baker says. "The advent of tablets and Chromebooks, and the introduction of Windows 8 have all combined to make the market much more volatile than it has been in the past".

While consumer channel sales lag, commercial rebounds, with overall laptop sales up 36 percent and desktops up 24 percent year over year. Windows, while weak on portables, makes robust desktop gains, spurred in part by XP conversions. Sales through commercial channels completed 16 months of consecutive growth through the end of May and rose 30 percent year over year for the first five months of 2014.

"The bottom line is that despite reports to the contrary the market for desktops and notebooks sold through the channel in the U.S. has never been better", Baker says.