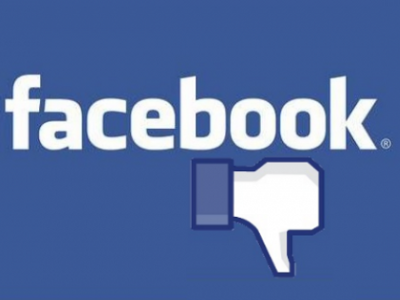 With Facebook's popularity rocketing, the social network became a target for scammers and malware peddlers, and social engineering attacks have only increased massively since it became a phenomenon.

So it's always handy to be aware of what current major scams are doing the rounds, so there's no danger of you being tempted into clicking and ending up with something nasty on your machine.

Security expert Bitdefender (the maker of the famous internet security suite which is generally ranked highly among testers, ourselves included) maintains a yearly list of the top ten scams, and this time around, the number one spot has stayed occupied by the same predictable piece of click-bait.

Yep, the top scam is "Total profile views/visitors (Check out now who viewed your profile)", with the lure of being promised a list of those who've been peeking at your profile representing 30 percent of scams on Facebook.

Number two, but a long way behind on 7.4 percent, is "Change your Facebook Color" (which offers to change the background color of your profile). And at number three we have a bogus Rihanna sex tape, which represents 4.8 percent of all Facebook scams. All the top three scams mainly target the US, UK, and Australia.

Rihanna is the top lure in terms of celebs, taking over from Taylor Swift who was a popular scam last year, but has now fallen out of the top ten. Another major scam which slipped from the list was an alleged free trip to Disneyland.

Here's the top ten in full, with the main target territories listed:

As you can see, not only is the "see who viewed your profile" scam number one, but variants are also present at number eight and nine (and seven is pretty similar -- seeing if folks have deleted you). Other Facebook theme/color trickery is also repeated throughout the list.

People would do well to remember that you will never be able to see who has viewed your profile, and that Facebook blue is here to stay (and there will never be a "Dislike" button, while we're at it).

Catalin Cosoi, Chief Security Strategist at Bitdefender, commented: "Why do people still want to see who has been taking a peek at their profile, despite all security warnings? I think they believe these are legitimate apps. This is social engineering at its finest -- a challenging mental game that pushes the right psychological buttons. The baits have changed over time, with stalkers, peekers, admirers, overly attached girlfriends and exes haunting you, but the reason this scam works is simple: human nature".

Bitdefender further noteS that there has been an increase of viral video scams which perpetuate themselves via like-jacking (tricking somebody into liking a clip on Facebook when they didn't mean to).