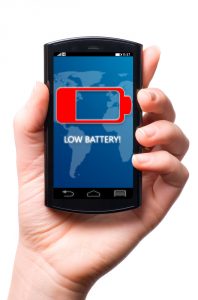 Smartphone makers would do well to take into account the results of a new poll from price comparison and switching service uSwitch.com which found that just 3 percent of Smartphone users are interested in quirky or unique features, such as Amazon’s Fire phone’s face tracking.

While gimmicks like that might help differentiate one device from another, what most smartphone users want is a phone that is easy to use and doesn’t require constant charging -- and preferably with built-in fingerprint scanning security.

The uSwitch.com survey was conducted online in July 2014 among 1,605 British mobile users on pay-monthly contracts. The top three most important features were listed as ease of use (20 percent), call reception (19 percent) and battery life (19 percent). 10 percent care most about apps.

What does it take to persuade potential buyers to switch to a new device? Long battery life (89 percent), a waterproof body (67 percent) and a zoom camera lens (66 percent) were the top draws.

Three quarters (75 percent) said eyeball-tracking technology -- as seen on the Samsung Galaxy S5 -- wasn’t something that would persuade them to buy a new phone (66 percent of users with the feature never use it), 69 percent weren’t concerned about voice controlled assistants (55 percent of those with access to one don’t bother with it), and 62 percent couldn’t care less for 3D displays -- bad news for Amazon's Fire phone.

Fingerprint-scanning security was a popular inclusion though (good news for Apple and Samsung), with more than half of smartphone users (56 percent) who have this feature saying they loved it. However, another 32 percent said they don’t actually use it -- which is a little crazy.

"It’s becoming increasingly hard for smartphone makers to differentiate their handsets from those of their rivals. They hope that flash features like Fingerprint ID on the iPhone 5S, or Amazon’s Fire Phone and its 'Dynamic Perspective' display, will give their phones the edge. However, our research shows that many Brits can spot a gimmick from a mile away. It’s actually the basics that affect the everyday user experience -- like long battery life and a robust design -- that people really care about", says Ernest Doku, telecoms expert at uSwitch.com.

Almost one in eight (13 percent) of those who responded own feature phones, with nearly half (47 percent) admitting they don't need a smartphone. Cost was a big turn off here too. Over 65s are least likely to own smartphones -- 32 percent don’t have one, with 60 percent saying they just don’t need an internet-connected phone.

The table below shows the responses to the question "If you were choosing a new smartphone, which of the following features would make you more likely to buy it"?

What do you look for when choosing a new phone?