Could buying Cyanogen give Microsoft some smartphone credibility? 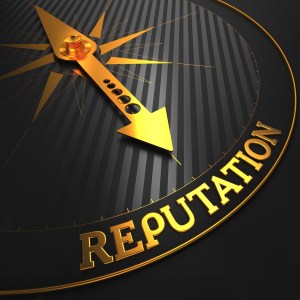 I'm not going to retread old ground too much here, but there's no getting away from the fact that Microsoft has something of an image problem when it comes to smartphones. But this could be set to change. The word on the grapevine is that Microsoft -- possibly in conjunction with the likes of Yahoo and Amazon -- is interested in joining forces with, or even, buying Cyanogen Inc, purveyor of some of the finest Android ROMs known to humanity. It's a branch of Android favoured by handset owners who live and breathe tweaking, who want an OS custom made to fit them like a well-tailored suit.

Little is known about what form any future arrangement might take, or how far talks have got so far. But we do know that Cyanogen Inc has met with Satya Nadella -- as reported by The Information. It would be interesting to see where this could go. There are two possible avenues that immediately spring to mind. The first -- and probably the least likely -- is that Microsoft might consider creating custom Windows Phone ROMs. This seems somewhat improbable, but there's another option: Microsoft could be looking to muscle in on Google's Android territory. This is not as far-fetched as it might first sound.

We have already seen Lumia devices running Android, and the HTC One (M8) -- a handset most readily associated with Android -- is available in a Windows Phone variant. Microsoft is not completely opposed to the idea of being associated with Android. While Cyanogen is based on Android, it is something of a different beast. As well as customization, there's a strong focus on performance but the number of supported handsets is slightly limited. Talks with Microsoft could mean that we see Cyanogen releases for more devices in the future.

With Windows Phone sales still struggling, and having invested heavily in Nokia, Microsoft is not going to let its baby go down without a fight. The release of Windows Phone 8.1 served as something of a life preserver, but looking to the future Microsoft just has too much ground to make up on Android; if you can't beat 'em, join 'em.

119 Responses to Could buying Cyanogen give Microsoft some smartphone credibility?