Watch out! More iPhones stolen than any other smartphone 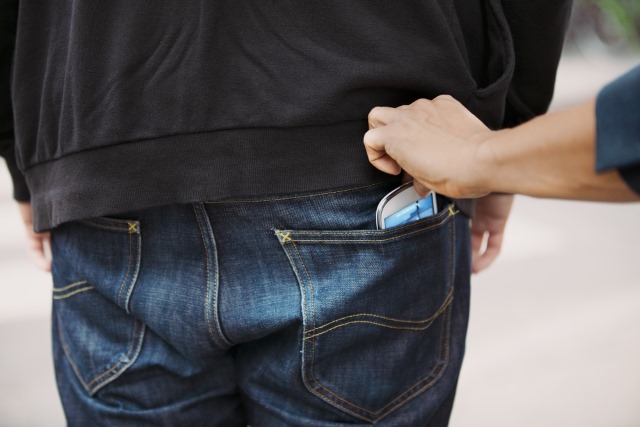 New figures released by the Home Office and published by the BBC show that if you own an iPhone 5, 5C, 5S and 4S in England or Wales, you are most at risk of having your smartphone stolen. If the trend continues, it is likely that the upcoming iPhone 6 will also prove similarly attractive to thieves. Figures show that there were a total of 742,000 phone thefts between 2012 and 2013, and that the largest numbers of theft involved Apple's handsets. Interestingly, despite massively dwindling sales, the next most popular phone to be pocketed by thieves was the Blackberry 9790.

While the iPhone is the most appealing to the light-fingered, the figures show that Apple's claim to be "leading the industry in protecting" seems to be true. New security features introduced in iOS 7 led to a noticeable drop in iPhone thefts, but it still remains the most commonly stolen handset. Apple told the BBC:

Apple has led the industry in helping customers protect their lost or stolen devices since the launch of Find My iPhone in 2009 by allowing customers to remotely set a passcode or erase all their personal data.

With iOS 7, Find My iPhone includes a feature called Activation Lock, which is designed to prevent anyone else from using your iPhone... if you ever lose it. This can help you keep your device secure, even if it is in the wrong hands, and can improve your chances of recovering it.

Looking at the number of thefts is an interesting way to judge the popularity of individual phones, and the drop in iPhone thefts will come as good news to Apple after the celebrity iCloud account compromises that occurred recently. This led the company to further bolster the security of iCloud but the attention this week will turn to the expected launch of the iPhone 6 and iWatch.