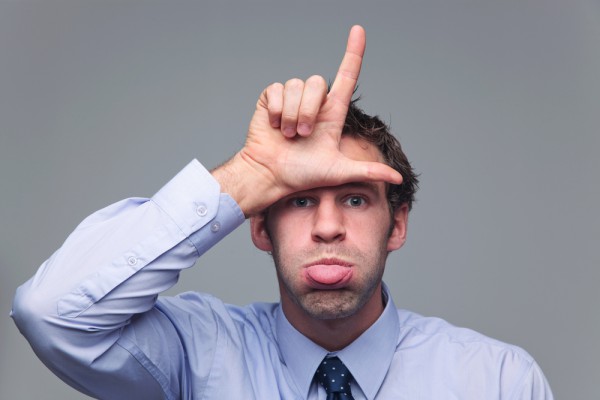 Apple has finally conceded that big screens are better, as its new iPhones offer 4.7-inch and 5.5-inch displays. It has also finally conceded that a mobile operating system is better when it's more open, as iOS 8 supports third-party keyboards and inter-app communication. It's almost like Apple is saying that Steve Jobs was wrong while rival Android manufacturers and Google were right all along. Oh, the horror. How will Apple fanbois be able to explain this?

But, even as Apple is doing all these things, that some of us have already been enjoying for too many years to count, iPhone 6 and iPhone 6 Plus are still outclassed by rival Android flagships. In fact, the new iPhones are not much different than Samsung Galaxy S3 or Galaxy Note 3, and, as you may know, neither of the two is the latest incarnation in their respective series. Ouch!

Before seeing the new iPhones, I imagined that Apple would reveal something truly special this year (no, Watch isn't it either), that would make buying an Android flagship a silly idea. Apple could have stunned us with high-resolution displays and cameras that at least rival what the Android fold can offer, designs better optimized for big screens, much better battery life, more storage in the entry-level models and, you know, other features which are to be expected out of a high-end device unveiled in 2014, like being able to see more than one app on the screen, access to internal storage for apps and, who knows, maybe even something a bit more modern than a grid of icons on every single homescreen. As it turned out, old habits die hard.

Of the two new iPhones, only iPhone 6 Plus manages to impress, and that's by iPhone standards. The normal iPhone 6 is outdated before it even hits store shelves. Compared to it, iPhone 6 Plus offers a much more impressive resolution (1,080 by 1,920), better camera (because of optical stabilization) and better battery life (no doubt because of a bigger battery), which are features many wanted to see introduced in iPhone 6 too. Tough luck. Maybe next time. Hey, Apple has to make money somehow, right? Why not save modern features for next year?

On the other side of the fence, what the Android fold offers is so much better. First of all, there are so many good options to choose from. If you want a great design, the best in its class, look no further than HTC's One (M8). Heck, the new iPhone design is reminiscent of it, so why not get the real deal, which also packs a bigger, much-higher resolution screen than iPhone 6?

Even China's Xiaomi with its Mi 4 is no slouch; same goes for the upcoming Galaxy Alpha. There's something for everyone, even for those who believe that having a metal-made smartphone is not a priority -- that would be all of Samsung's customers, who far exceed iPhone users. Polycarbonate (or, plastic, if you will) has its perks; one of its advantages is its resilience, which is superior to metal. If you drop or scuff your phone, a plastic shell will look better over time than a metal one.

If you want a really big display in a manageable body, then LG's G3 is the first device to consider. I owned one for a brief period of time, and was impressed by how small it feels in the hand considering its 5.5-inch panel, which is as large as iPhone 6 Plus' screen (except with a much higher 1,440 by 2,560 resolution, compared to the latter's 1,080 by 1,920).

If you want a great camera, then Samsung's Galaxy S5 with its 16 MP shooter, which uses phase-detection, will take some great pictures, with a lot -- and I mean a lot -- of nice detail. I am impressed by how good they look, considering it was a smartphone which took them. On the other hand, the 8 MP snapper on the back of the new iPhones will fail to capture as much detail. Does it matter? Yes, yes it does, because the advancements in display technology are giving us higher and higher resolutions. In fact, today's 4K displays have more pixels than the new iPhones' camera.

I suppose that at this point I should not even mention the elephant in the room -- Nokia Lumia 1020 -- which will humiliate iPhone 6 and iPhone 6 Plus without breaking a sweat when it comes to imaging quality. Don't get me wrong, it's a Windows Phone, and we are not talking about Windows Phones here.

But, if you want a great phablet? Well, then the Android fold is once again happy to oblige. The upcoming Galaxy Note 4 appears to be the most competent device in its class; its specs are far superior to any of the new iPhones, and its stylus adds real value for those who treat their phablet as a small PC. It can do proper multitasking, as more than one app can be displayed on the screen, has very powerful internals, a monster battery and, on top of this, a really nice external design. Should I also mention that it offers expandable storage and a removable battery, two features which no iPhone has ever had?

Someone will surely point out that the new iPhones finally have NFC and it's as huge as the Second Coming. Well, so what if they have NFC? Other than Apple Pay, which is useless right now for everyone living outside of the US (that is most of the world's population), there is nothing else that Apple wants to use this newfound hardware for. Android flagships at least give users the ability to transfer files, which, believe it or not, is still kinda cool and useful at times. Oh, wait, Apple doesn't think that's a thing yet, right? Darn! Let's wait a few more years, maybe it will happen.

And, despite the improvements made to iOS 8, Android is still the more advanced operating system of the two. Sure, iOS 8 supports third-party keyboards and inter-app communication, but Android has had that and more advanced notifications, widgets, the option to change default apps (which works for built-in apps too) and the launcher, access to internal storage (which means it's very easy to save stuff for offline viewing), seamless Google Now integration, file managers and much, much more. It will take iOS years to catch up. And we have yet to see what Android L brings to the table.

Don't get me wrong. The new iPhones are not bad, but they are not great either. They're the jack of all trades, master of none. Apple should look across the fence to see just how far its rivals are nowadays, and stop thinking that we are all living in a time when modest upgrades give us orgasms. While iPhones finally look to the recent past, doing what the competition has been able to do for years, Android smartphones are too far ahead.