Is it time for your business to implement an artificial intelligence strategy? 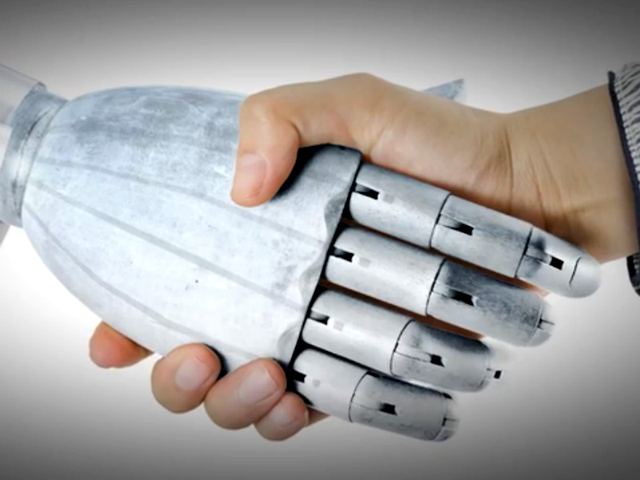 For decades the prospect of artificial intelligence (AI) has loomed over the business world. Often warped and distorted by its depiction in fiction, there's been a certain stigma associated with the use and the potential impact of AI. From Skynet enslaving the world to psychotic computers threatening astronauts in 2001: A Space Odyssey, the concept of AI has been taken a long way from the fundamental point of having a software which can independently carry out rudimentary tasks. But there are real benefits it can bring that can make life easier and more enjoyable for workers and citizens alike.

You will often hear business leaders talking about maximizing productivity and driving efficiency in their organizations. Yet, when you look at some of the typical wastage that goes on at companies, a lot of it comes from the standard admin and menial tasks none of us like doing. We recently asked workers, who are often targeted in these productivity drives, if they thought a little automation could help them in their day to day work. Over half said they believe predictive software will be capable of doing 10 per cent of daily admin work in the very near future.

It would seem strange, given the depiction in fiction, that people would be so willing to allow AI into their working lives. Yet when we take a closer look at the results, there is very much a generational difference in willingness to embrace this kind of technology. Millennials -- those who have grown up with Siri and smartphones -- are in general the most in favor of incorporating AI into their future work lives, whilst the over 55s need a bit more convincing. The millennial generation, which might have played games like Halo, from which Microsoft has taken the name of its upcoming rival to Siri, Cortana, have been weaned on the benefits rather than the threats of what AI could bring.

Will AI ever be able to replace workers in all their roles? Highly doubtful. We could be over 100 years away from the day when a cognitive AI service could be totally independent, and even that is a generous prediction. So the idea that people's jobs would be on the line if what is available now were to be brought into our workplace is not really credible.

Even when a genius like Stephen Hawking has his doubts about AI, saying, "Creating artificial intelligence will be the biggest event in human history.... it might also be the last", we are clearly a long way from this happening. In the meantime, we can take advantage of what is and what will be soon available to handle some of the more mundane tasks, allowing us to focus on more important things.

Given this groundswell of opinion and expectation of AI's incorporation into our working lives, it's another consideration CIOs and IT managers should be contemplating as part of their IT strategies in the years to come. When you look at businesses that could benefit most from this, certain industries stand out. Take a big service company which already utilizes automation to share information to the various departments. What if you took the level of automation even further? How much better would it be for all concerned when a customer request is lodged with a company for an engineer to come and fix something that is then automatically built into the engineer's schedule. The parts that are needed will be instantly ordered and ready to go.

The key to success for this will be identifying the areas within a business or industry that could most benefit from automation. For example, if you run a field service team, a lot of data is analyzed and examined before travel routes and staff rosters are created. There are millions of calculations and considerations that need to go into this process, including factors such as equipment, skill sets and staff holidays, as well as day to day occurrences like traffic jams and sick leave. Wouldn't it be better if those calculations were automated and the optimum result was worked out by an AI function -- saving time, reducing cost and eliminating the risk of human error?

Working back from the problem, you can see how one day we can expect more AI products on the market which solve problems that businesses have faced for years. Staff can benefit too, when menial or time-consuming tasks can be taken off their hands. Companies don't tend to employ staff for the accuracy of their admin skills, instead they want them to focus on their primary functions. AI gives businesses and employees the possibility to finally optimize the roles they are doing and potentially take on new skills and functions that will ultimately be to the benefit of the business they are working for.