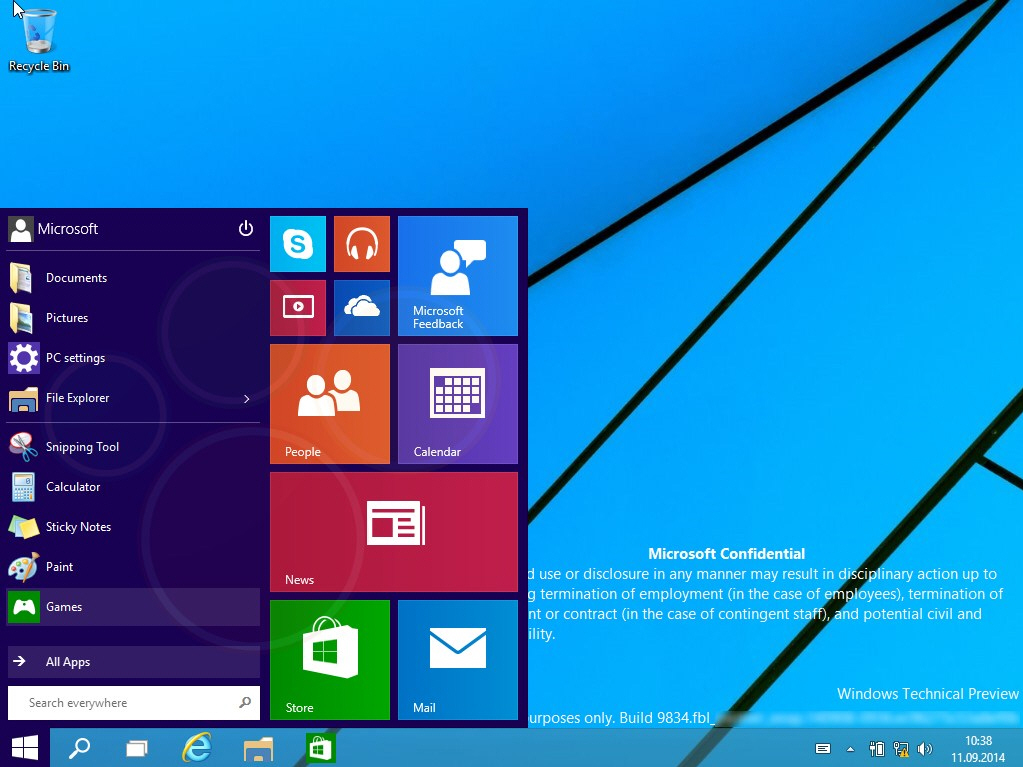 Microsoft is, according to several reliable sources, planning to announce its next operating system on September 30, with a developer preview arriving on the day or shortly after, and the finished OS expected to appear in spring next year.

We already have a good idea of what the next operating system will look like, and the changes we can expect to see (you can get up to speed on Windows 9 here) but new screens from build 9834, which was created just a couple of days ago, have surfaced on the web that reveal the new Start menu, Modern UI apps running on the desktop, notifications center, virtual desktops and more. Plus something interesting regarding the Start screen.

It appears that if you’re using the desktop, you won’t have access to the Start screen -- at all. Haters of the Modern UI will likely rejoice at this news, and if you’re using a keyboard and mouse and the new Start menu then you probably won’t miss the tiled UI, but some users will lament the fact that it’s being taken away in its entirety.

If you’re working in the desktop, the options to do anything with the Start screen will be totally grayed out in the Taskbar and Start Properties window.

We know that Windows 9 is being designed to adapt to the hardware it’s running on, but this gives us a better idea of how it will work -- traditional PCs will have the desktop and no Start screen, while tablets will have the Start screen and no desktop. (Quite how hybrids fit into this picture is anyone’s guess at the moment).

Update: A newly leaked video of Windows 9 in action shows an option to switch between Start menu and Start screen.

The screenshots also show virtual desktops in action, which is a long overdue feature I’m looking forward to.

Further details, and additional screens can be found on the WinFuture site.

What’s your view on how Windows 9 is shaping up? Excited for the new OS yet? 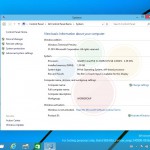 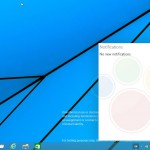 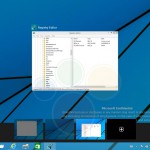 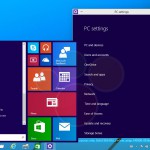 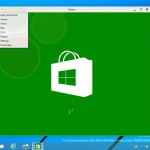 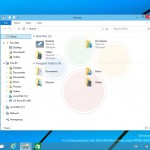