iPhone 6 vs iPhone 6 Plus: Which one is best for you? 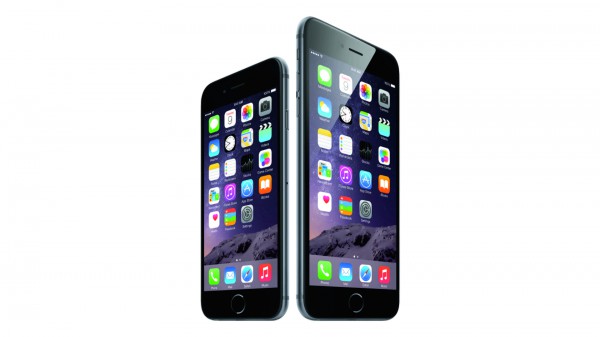 Small displays are passé nowadays, as consumers increasingly prefer large screens. There are obvious benefits to it. Even Apple has finally acknowledged it with iPhone 6 and iPhone 6 Plus, which dwarf all previous iPhones when it comes to display size. But, now that we have bigger iPhones, we find ourselves in the unusual position of having to choose which one to buy.

That was not a problem before, because, since the original iPhone was introduced, Apple only had a single flagship in its lineup. In late-2013, it tried to shake things up a bit with iPhone 5c, but it was actually designed as a mid-range offering. With iPhone 6 and iPhone 6 Plus, there are more similarities. Nonetheless, figuring out which new iPhone is best for you is easy.

Seeing as quite a few things are the same, let's go through the differences that matter.

The display is what will drive most people towards one or the other. There are some notable differences to consider here. First of all, the 4.7-inch display of iPhone 6 comes with a low resolution, by modern flagship standards, which is barely higher than 720p. That will make everything appear less impressive than it does on iPhone 6 Plus, the screen of features a much, much higher resolution. The difference in pixel density -- 326 ppi for iPhone 6 and 401 ppi for iPhone 6 Plus -- speaks for itself, and, here, bigger is better.

But, when it comes to handling and pocketability, iPhone 6 definitely has the upper hand. It is much shorter (20 mm shorter) and narrower (10.8 mm shorter), slightly thinner (0.2 mm thinner), and much lighter (43 grams lighter). That is not to say iPhone 6 Plus is huge, just that it will be more difficult to handle and fit inside a pocket than iPhone 6.

And, lastly, there is another difference when it comes to the display, but this one comes from iOS 8. To make iPhone 6 Plus more manageable and useful, Apple has included two important optimizations specifically for it. To make it easier to use with one hand, iOS 8 will move the shown content to the lower half of the display when double-tapping on the home button, allowing users to more easily reach the screen with their thumbs; it's referred to as Reachability. And, also, when held in landscape mode, iOS 8 on iPhone 6 Plus will take advantage of the extra screen estate by showing additional content, like avatars in Messages and email in Mail.

But, basically, it all boils down to whether you want a phablet or not. If the answer is negative, then go for iPhone 6. But, if you have waited for Apple's answer to Samsung's Galaxy Note series, then iPhone 6 Plus is the new iPhone to buy. Personally, I'd go with iPhone 6 Plus, because the benefits of the larger screen easily make up for the size difference.

As you probably noticed when going through the specs, the main cameras on iPhone 6 and iPhone 6 Plus are almost identical, with the exception of optical image stabilization, a feature which only iPhone 6 Plus offers. Does it matter?

Well, optical image stabilization, as its name suggests, has one major benefit, and that is that it will increase your chances of taking sharp photos (photos taken using the secondary camera do not benefit from optical image stabilization), in both well-lit and poorly-lit conditions. You will notice the biggest difference in the latter case, as this is when iOS 8 will have to use longer exposure times, which can lead to blurry photos if the device is not held properly. Personally, this is another reason why I would choose iPhone 6 Plus.

When it comes to video, however, Apple says that both iPhone 6 and iPhone 6 Plus benefit from stabilization. This is where things get tricky, as we are talking about software stabilization, which is not as effective as optical image stabilization. The differences are likely to be more minor compared with stills photography, but for those who would like to take steadier videos, iPhone 6 Plus is still a better option, albeit slightly. Personally, as I rarely take videos, either one would do fine.

This one is easy: iPhone 6 Plus is better. If you are a heavy user, then it makes sense to get it. Otherwise, if Apple's ratings for iPhone 6 sound good (based on testing I saw so far of previous iPhones, I have to commend Apple, as they are usually accurate) then the extra battery life that iPhone 6 Plus offers should not make much of a difference to you. Personally, I find iPhone 6 Plus more tempting in this regard.

The cost is another one difference between iPhone 6 and iPhone 6 Plus, although I suspect that it will not make much of a difference in the eyes of most of you looking to get one of the new iPhones. Still, the most affordable of the two is iPhone 6. Here's a breakdown for it, using both on-contract and off-contract prices:

Add $100 on top of the equivalent iPhone 6 to find out how much iPhone 6 Plus costs. That'll be:

Now, that pricing only applies to US and the top mobile operators in the country, except T-Mobile, which doesn't subsidize any of the new iPhones, as it offers financing instead. Those of you in other markets are bound to find a different pricing, but, in spite of this, iPhone 6 Plus will definitely be the most expensive of the two.

Resale value is a mystery at this point, but both iPhone 6 and iPhone 6 Plus will hold their value well over time. Of the two, I think iPhone 6 Plus will still command higher second-hand prices, due to the fact that it is more expensive to begin with and also because it will probably be available in smaller numbers, at least at first.

Looking at the second-hand market, phablets generally sell for higher prices than than their smaller counterparts. But, the $100 difference between iPhone 6 and iPhone 6 Plus will probably not be reflected there. Another thing to consider is that phablets are becoming more popular, so it is unlikely that you will have trouble selling iPhone 6 Plus down the road, if that is of concern.

Which One Will It Be?

After going through the major selling points of each new iPhone, will you choose iPhone 6 or iPhone 6 Plus?

If you haven't yet voted in our poll you can do so here.

18 Responses to iPhone 6 vs iPhone 6 Plus: Which one is best for you?