iPhone 6 is much more popular than the 6 Plus 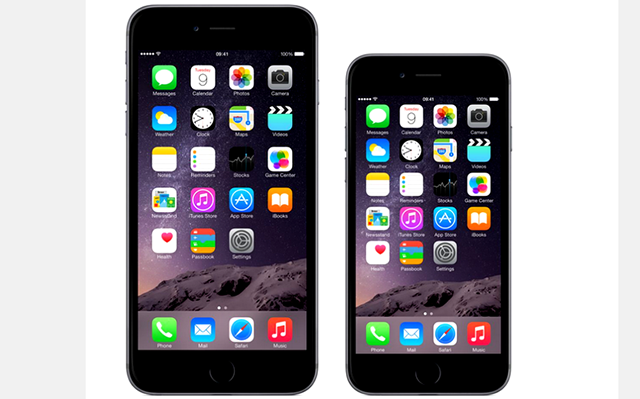 Phablets might be increasing in popularity globally, but iPhone users aren’t blown away by the idea of carrying around a giant phone, if early adoption data is to be believed.

Although it’s very, very early days for Apple’s new handsets, the iPhone 6 is already proving to be a much more popular draw than the giant iPhone 6 Plus, although as my colleague Joe Wilcox points out in his 10 things you should know before buying iPhone 6 or 6 Plus article, limited stock means the 6 Plus is already sold out in a lot of locations, which will obviously have an impact on the number of people who own one.

The iPhone 6 vs. 6 Plus data we have comes from MixPanel which monitors mobile apps and sites and is able to determine all sorts of things, including how many of the two types of new device are currently in use. The data is being updated hourly, so you can see how the trend is developing over time.

The iPhone comparison graph shows that on Saturday, 3.22 percent of users had the iPhone 6, compared to just 0.49 percent who were on a 6 Plus. On Sunday, iPhone 6 use dropped to 2.56 percent, and 6 Plus was down to 0.40 percent. Today, the iPhone 6 hit a high of 3.94 percent, while the 6 Plus was on 0.42 percent. The gap between the two devices has narrowed since then, and it's important to remember this shows usage, not device sales. 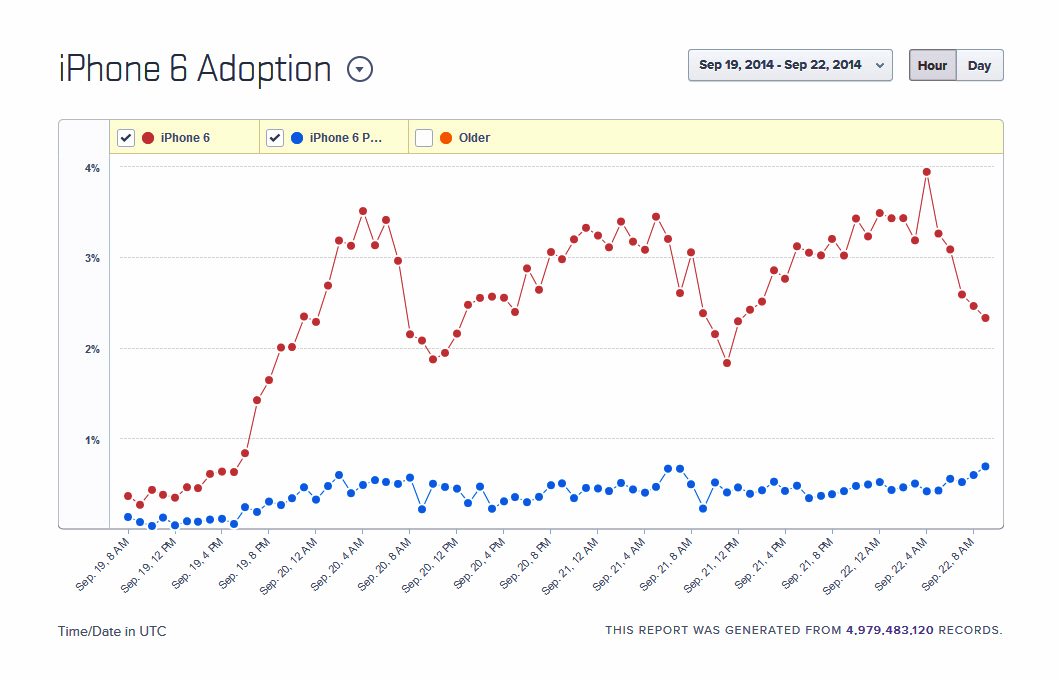 As an aside, MixPanel is also monitoring iOS 8 adoption, which shows the new OS is off to a slow, but steady start.

Obviously, it’s too early to say whether the iPhone’s 6 dominance over the 6 Plus will continue, but it’s safe to assume it will. Phablets are an acquired taste, and the majority of existing iPhone owners looking to upgrade are likely going to go for the bigger, but not ginormous model.

Although we don’t know how many of each type of handset Apple shipped, it’s a fair bet the company produced far fewer of the 6 Plus, and will look to adjust its inventory once it has a decent amount of sales data to guide it.

Interestingly, in the poll we ran a fortnight ago, out of the 484 votes cast so far 15 percent of respondents said they were interested in an iPhone 6, while 26 percent were drawn to the 6 Plus.