If iPhone 6 or 6 Plus bends, it's YOUR fault 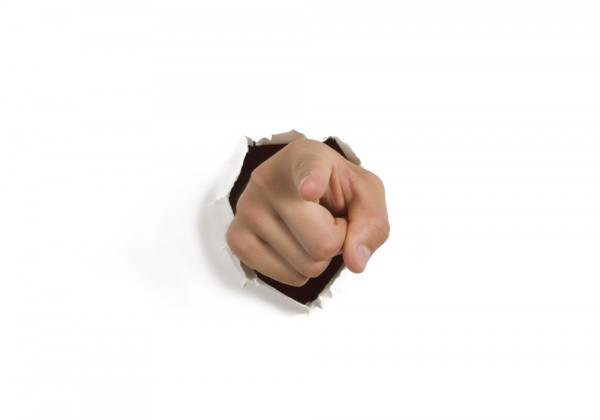 Aluminum is a soft metal. Anyone who has used tinfoil to wrap up food should know this. As such, there are ways you really shouldn't handle a personal device made of the metal. Front or back pocket is a no-no without a case, at least. Better: Not at all -- or use a plastic phone made by Motorola, Nokia, or Samsung.

That's my short response to colleague Mihaita Bamburic's analysis: "If your iPhone 6 or 6 Plus bends, it's Apple's fault" He is "inclined to believe that Apple did not thoroughly test its new devices, based on my engineering background". You read that right. Mihaita may be a prolific writer, but his real profession is engineering. I trust his judgment but nevertheless disagree. If iPhone 6 or 6 Plus bends, it's your fault.

You Must Be Smart

Whatya expect? Pretty things tend to be delicate, and what does Apple make? Pretty things! Common sense says don't carry a thin, metal phone in your snug jeans pocket. You have to be smart. If you put a big phone in your front pocket and, say, drive for hours and hours your muscles exert tremendous force as they move around. Bending isn't surprising for any big, aluminum phone.

I wear cargo shorts and keep iPhone 6 in the front right lower pocket, which is roomy and doesn't cling to my skin. No bends here.

Ha! This whole thing really adds to someone saying, "I went on quite the bender last night". Drunk as a skunk and iPhone 6 Plus unfathomably form-fits the face. "How did I miss that feature, Ingrid?" Burp.

The bends -- choke, choke "bent-gate" or "bend-gate" -- is nothing new. iPhone 5s also can bend, which raises doubts about the prevailing "they're bigger" theory. Other phone benders include EVO LTE, HTC One M8, and Sony Xperia Z1.

"I don't see this bending issue affecting iPhone 6 users in the same way as it has affected iPhone 6 plus users", he says. "Regular iPhone 6 users, don't panic. This thing is not going to bend easily".

Maybe, maybe not. While iPhone 6 Plus is bendier, I see forum and blog posts complaining about the smaller device, too. Among them: Russell Holly, who writes about discovering his iPhone 6 is bent. "Much like these other reports, my phone had been in my front pocket for an extended period of time while I was driving", he explains. "A phone should be capable of surviving a lot more than the pressure of fabric against your skin". Muscle tension is more likely the culprit, as I asserted a few paragraphs ago.

It's a Media Feeding Frenzy

Bend-gate is no big deal, but bloggers and journalists will make you think so.

Every year, Apple announces a new iPhone. And every year, we go through a very similar cycle. First it's rumors and leaks, and then spy shots from factory lines, and then the announcement comes! And then it's reviews, and long lines, and pre-order figures, and first weekend sales figures -- which brings us to today. Welcome to the '-gate" portion of our event.

The Google free economy drives ad revenue based on pageviews, which, by the way, is a terribly outdated metric. Audience reach matters more but is largely ignored. But that's another topic.

Apple is hot, and the Fourth and Fifth Estates can't get enough, exactly following the timeline Crook identifies. Along the path, the company benefits from rumors and everything else -- that is right up until the latest iPhone flaw arrives. Then news and new media organizations scramble in feeding frenzy reverberating an echo chamber of misinformation.

I'm particularly sensitive and cautious because of iPhone 4 antenna-gate -- or Death Grip, which is my preference. I wrote one of the first news stories observing that signal strength diminished when cupping the device in my palm. Antenna-gate turned into a huge problem for Apple, fueled in part by then-CEO Steve Jobs statement: "Just avoid holding it in that way". Shorthand "You're holding it wrong" is part of the cultural lexicon and marks yet another Apple contribution to pop culture.

But in practical everyday use, Death Grip was an illusion. As I explained a few months later: "Based on Betanews reader responses, my own iPhone 4 experience, the experience of other iPhone 4 owners I know and Apple's statement about a glitch affecting the signal-strength indicator, I concluded that there was no practical everyday calling problems caused by Death Grip". I regretted the original story.

Now we come to bend-gate and a new media feeding frenzy magnifying something affecting a small number of people into something much bigger. I've seen this kind of thing so many times before. For example: Complaints the original iPod nano scratched too easily (strange, not mine); new Macs with WiFi problems (this one is perennial); or widescreen screen yellowing, among other complaints.

Problems are inevitable, as there will be with anything manufactured. But Apple's prominence and the news media's profiteering forbidden fruit make every little flaw a nuclear disaster. Or at least you would think so given the extent of news coverage.

If you seek perfection in design, put that pretty little thing in a glass display case and buy a flip phone. Or develop reasonable habits and expectations using a large, thin slab of aluminum device. It's not Apple's responsibility that you take proper care of iPhone 6 or 6 Plus.

But somewhere, some lawyer prepares a class-action lawsuit asserting that Apple is responsible -- that bending is a design flaw not a fact of aluminum's nature. Woe be to us all if the U.S. Federal Trade Commission gets involved and forces Apple to slap on warning labels -- like those on cigarette packages. "Warning: Walking or driving for long periods may be dangerous to your device".

84 Responses to If iPhone 6 or 6 Plus bends, it's YOUR fault