Nowadays, all major operating systems are great. Regardless of your preference, it cannot be denied that Windows, OS X, iOS, Android and many Linux distributions are amazing feats of technology. It is not uncommon for me and many others to use multiple operating systems every day. While Windows is what I use mostly for getting work done, Android is my smartphone OS of choice, and the iPad is my bedtime entertainment computer. It is not necessary to live on a desert island-like environment from only one company exclusively.

Bluetooth keyboards have made typing on devices convenient; however, there is an annoying aspect -- pairing. If you use a Bluetooth keyboard with only one device, you should have no issue. Unfortunately, if you want to share it between multiple devices and operating systems, you have to re-pair it every time you switch. This becomes a tedious affair, turning convenience into a hassle. Luckily, Logitech has released a product, that should alleviate this nuisance -- the Bluetooth Multi-Device Keyboard K480.

Upon removing it from the box, the first thing I noticed was the heft. While a heavy peripheral is not ideal for portability, it is preferred for home use. A desktop keyboard in particular should be heavy, so it does not slide on your desk. Logitech couples heft and rubber feet to prevent slippage and it works well. Don't forget, you can insert tablets into the top, so heft is good in that regard too; you don't want it to tip over. 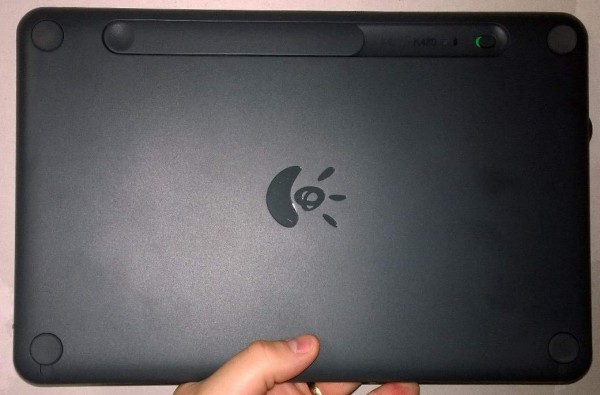 On the face is the actual keyboard; you know, the part with the keys. Traditionally, I have used and preferred square keys on my keyboards. Interestingly, Logitech uses round keys here, and I like them quite a bit. I expected to have a learning curve with the round keys, but this was not necessary. Actually, since good typists aim for the center of the key, the shape should not matter.

Quite frankly typing is a dream, as the keys are very stiff and exact; there is no mushiness to be found and they have relatively low movement. By movement, I mean they do not shake too much left and right or up and down. A good test for this is to shake a keyboard; if you hear the keys moving a lot, it may indicate poor quality. On the Logitech K480, little noise is heard when shaken. 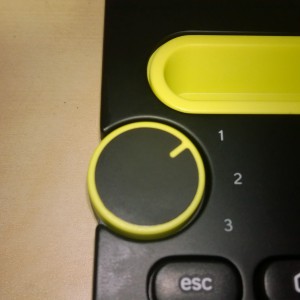 The real magic of this keyboard, however, is that it can pair with three different devices, or three different operating systems. Depending on your needs, there are a couple of good usage cases.

The main focus of the Logitech K480 is multiple devices (as the name implies). In other words, it is designed for the consumer that needs a keyboard for a tablet, desktop and smartphone. On the left, there is a handy selector wheel, which allows you to switch between three devices on the fly. You can pair with Windows, OS X, Chrome OS, Android and iOS. Yes, traditional Linux distributions work too, despite the omission from the specifications. Sadly, in my testing, Windows Phone is incompatible (Nokia Lumia Icon with latest developer OS).

To pair, you put the selector wheel on the number you desire, and hold down one of the pairing buttons. Yes, I said "buttons", with an "s", as there is two of them. Why, you ask? One of them is for Apple devices and the other is for everything else. This is so the keyboard can map keys as they should for the appropriate OS -- quite smart, Logitech! 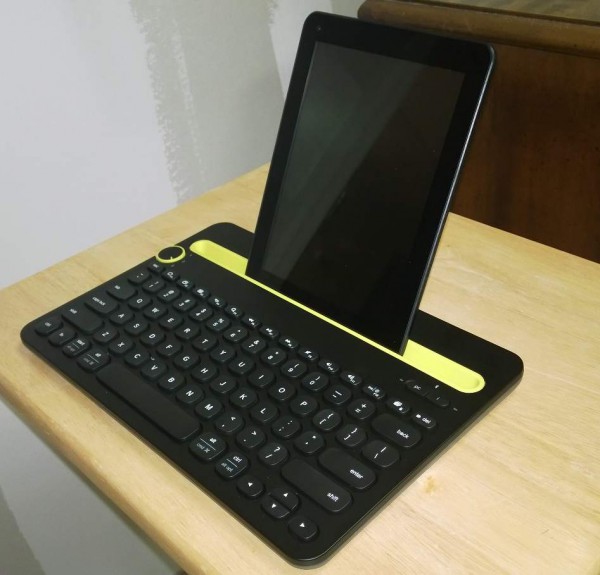 A good example of how this can be beneficial, is text messaging. Let's say you are doing work on your Windows desktop, like editing an Excel sheet. All of a sudden, your Android phone chimes, and you get a text message. Rather than reply using the tiny smartphone on-screen keyboard, you can stick it in the top slot to prop it up, switch the selector to the number that is paired with your phone, and write a text message with a full keyboard. Once the text is sent, you switch the dial to Windows, and get back to your Excel sheet. 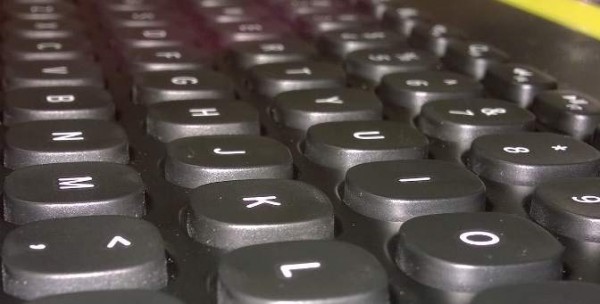 Besides multiple devices, you can even use it with one computer having multiple operating systems. For example, I have a self-built desktop tower running Windows 10, OS X 10.9 and Fedora 20. All three operating systems support a Bluetooth keyboard, but normal keyboards only support one OS at a time. So, if I was working in Windows 10 and needed to switch to OS X, using a traditional Bluetooth keyboard, I would have to pair over and over again, after each operating system boot. This is very tedious, and has caused me to either use wired keyboards, or wireless RF keyboards that use a USB dongle. 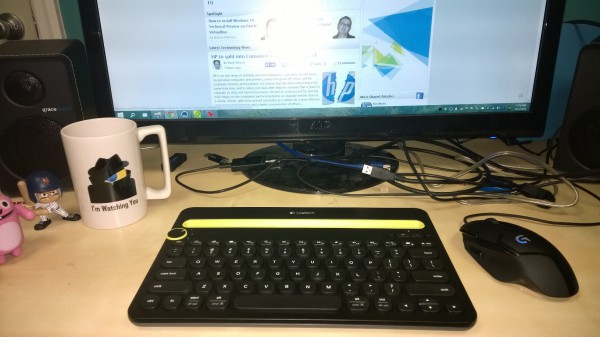 With the K480, I can assign Windows to number 1, OS X to number 2 and Linux to number 3. Every time I boot into the respective operating system, I just turn the dial and it works instantly; no fooling around with settings needed.

When you have such a unique keyboard, there can be a fear that the company might neglect the actual typing experience and build quality. In other words, the multi-device aspect alone would sell keyboards, even if the overall experience was only average. However, in true Logitech fashion, the entire package is great. Whether or not you need the multi-device feature, it can't hurt to buy this model -- typing on it is wonderful and it is built like a tank.

At $49.99, it is a great Bluetooth keyboard first -- the awesome multi-device feature is secondary. The Logitech Bluetooth Multi-Device Keyboard K480 is highly recommended.