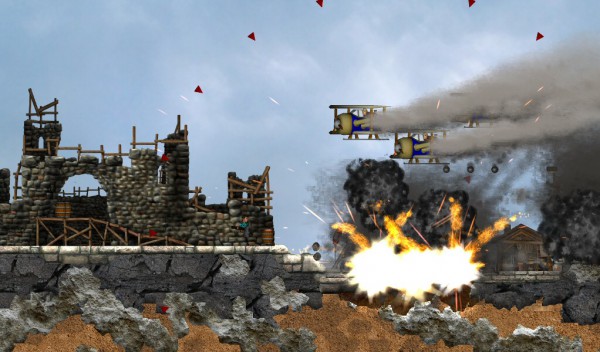 OpenClock.org has announced the release of OpenClonk 5, a major new version of its open source Worms/ Settlers/ Minecraft/ Terraria- like action game.

The new release adds two missions targeted at new players, two more "which can provide a challenge for the more experienced Clonkers”, and “an action-packed, cooperative scenario where you defend against waves of attackers".

OpenClonk 5 has started the process of connecting its missions with a common storyline: "the hero is sent all over the world of OpenClonk in a great endeavour to kill the evil king". This only applies to five missions right now, but more are on the way.

Reinforcing this campaign-type approach, scenarios now have “achievements” which you can win by finishing them at a higher difficulty level, or uncovering secrets.

A new Worlds League system allows you to "compete online for ranks and play against the best of the best", while "if you prefer cooperative play, the settlement and adventure league are also soon to be opened".

New objects add a twist to some scenarios. Go underwater and you’ll now find coral and fish ("both peaceful and evil", apparently), while the Worlds folder scenarios now allow you to expand your settlements by building basements.

All of this is now accompanied by music, including three original pieces. These sound good to us, but if they're not to your taste then you can toggle music on and off by pressing F3.

OpenClonk 5 is available now for Windows, Mac and Linux.