Apple remains the most valuable brand in the world 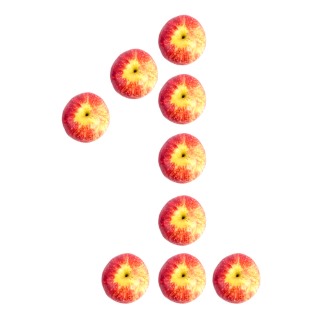 Continuing its run at the top of the charts, Apple is revealed as the most valuable brand in the world. With a massive 21 percent increase over the last 12 months, Apple is now valued at just under $119 billion -- almost double that of Microsoft which finds itself in fifth place with a value of just over $61 billion.

The top 100 rankings have been published by Interbrand, and a number of familiar names from the world of tech are to be found in the top 20. Google's value jumped by 15 percent from last year to $107 billion, and the search giant remains in second position.

Apple's valuation is, as the Guardian points out, more than the GDP of countries such as Morocco. This will come as slightly better news to the company than the revelation that it is the top phishing target. The position of the ten most valuable brands remains largely unchanged; the same names jostle for attention at the top of the table. Facebook rocketed up the charts from 52 in 2013 to 29 this year, and managed to increase in value by 86 percent to $14.4 billion.

Despite dropping in value by 8 percent since 2013, IBM holds onto its fourth position slot, followed by Microsoft whose 5 percent boost sees it hanging onto its position from the previous year. Samsung's success with the likes of the Galaxy Note and S5 pushed its value up 15 percent to $45.4 billion. Intel will be disappointed to find that a drop in value of 8 percent (continuing the previous year's 5 percent drop) to $34 billion sees it slipping out of the top ten into twelfth place.

Looking further down the list, Amazon is to be found at 15, enjoying a 25 percent increase in value and jumping up four slots from 2013. eBay continues to increase in value, raising by 9 percent to $14.3 billion, but remain at position 28. The growing importance of Chinese brands -- particularly when it comes to smartphones -- is shown by Huawei's entry into the top 100, making its first appearance at slot 94 with a value of $4.3 billion. Fortunes are less favorable for Nokia which continues to plummet in value losing 44 percent of its value (following a 65 percent drop last year) and sliding from 57 to 98 in the chart.