Symantec to follow HP and eBay and split in two 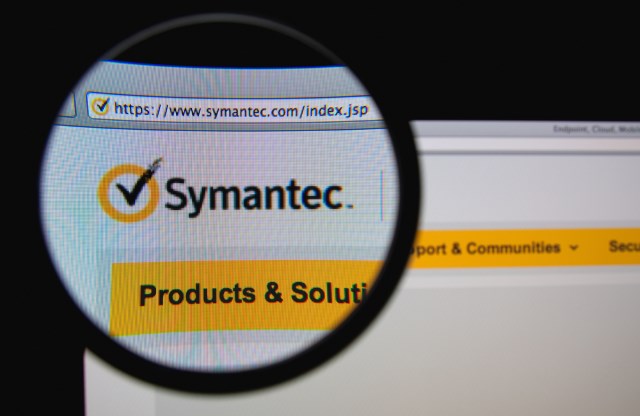 There must be something in the air at the moment -- everyone seems to be splitting up. eBay and PayPal decided that it would be better to go it alone, and then HP announced it would be splitting into consumer and enterprise companies. Symantec now reveals that it plans to divide into two independent companies, one focusing on security, and the other on storage.

President and CEO, Michael A. Brown, says that the two markets face their own sets of unique challenges and by splitting in two, each business will have the flexibility needed to respond accordingly.

It means that the storage and security arms of Symantec will be able to operate entirely independently of each other, each able to work with a simpler framework. The split could also mean that one or both of the newly formed businesses are more attractive to other companies who might be interested in a takeover bid.

Brown said: "As the security and storage industries continue to change at an accelerating pace, Symantec's security and IM businesses each face unique market opportunities and challenges. It has become clear that winning in both security and information management requires distinct strategies, focused investments and go-to market innovation. Separating Symantec into two, independent publicly traded companies will provide each business the flexibility and focus to drive growth and enhance shareholder value".

The security business is what Symantec is best known for, and in 2014 it brought in $4.2 billion for the company. The backup and storage side of the company -- or the Information Management Business as Symantec refers to it -- has not fared quite so well, but the hope will be that things will improve with the renewed focus. Once the restructuring is complete, Brown will remain in his position as president and CEO of Symantec, while the new information management business will be headed by John Gannon.