1 million people are trying Windows 10 Technical Preview, and a new build is on its way 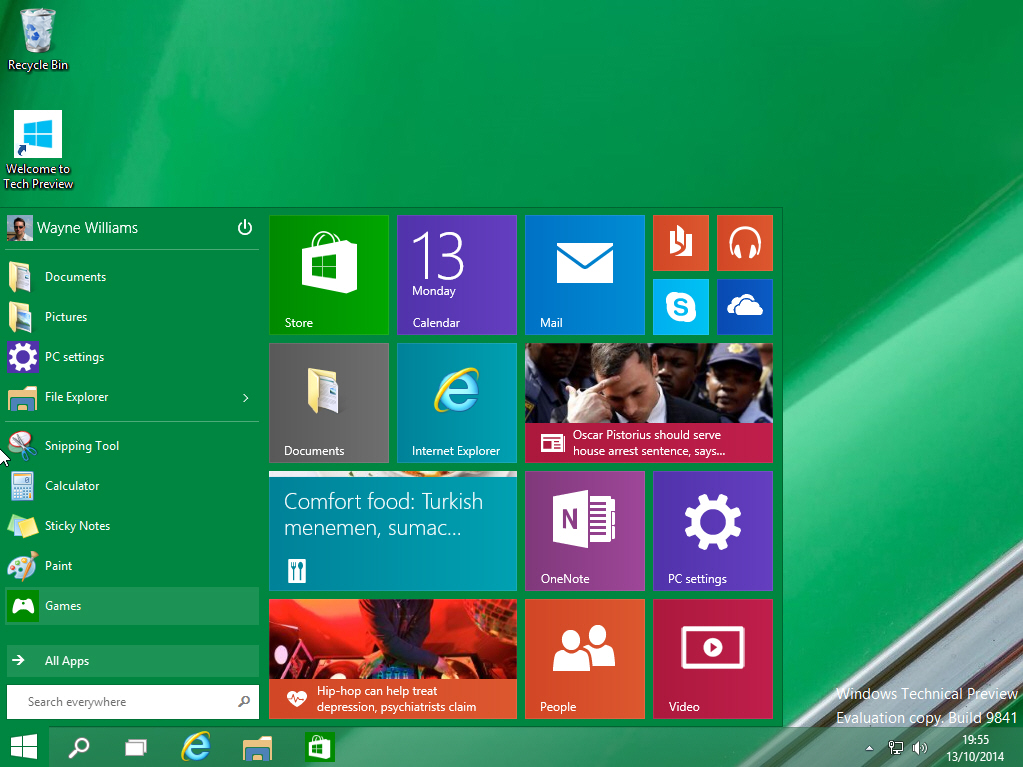 Microsoft released the Windows 10 Technical Preview a fortnight ago, inviting testers to participate in the Windows Insider Program and help the company build a better operating system.

In two weeks, over a million people have apparently signed up to try out the new OS, and according to Microsoft, the tech giant has received over 200,000 pieces of user-initiated feedback to date via the built-in Windows Feedback app. You can see a rough breakdown of the top feedback received so far here. Microsoft also revealed some genuinely interesting information regarding how people are running the OS.

While the obvious way to test the software is in a virtual environment like VirtualBox (see our guide to setting it up here), it transpires this accounts for only 36 percent of installations. 64 percent of users have the Technical Preview running on an actual physical PC, which is good news for Microsoft, because its means those people are likely to spend longer using the operating system.

Microsoft is keen to let users know that it is poring over the feedback it’s receiving, and taking notes. Joe Belfiore, the software giant's Operating Systems Group corporate vice president, describes the process thusly: "What we’re doing is almost like building a plane while flying it with you as our co-engineers. (And yes, that means sometimes the ride will get bumpier!)"

Going forward, it will be Gabriel Aul, head of Microsoft’s Data & Fundamentals Team, who will be providing Windows Insider Program updates (it’s his team which is looking at the feedback and telemetry data Microsoft is receiving) and he’ll be alerting users to new builds via Twitter. It’s worth following him as, according to Belfiore, a new build of the fledgling operating system is "coming soon".

23 Responses to 1 million people are trying Windows 10 Technical Preview, and a new build is on its way