The iPad Air 2 is why tablet sales are falling 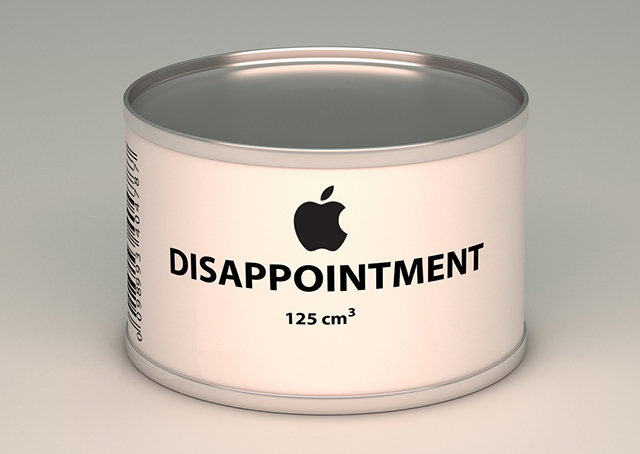 So yesterday Apple announced the latest iteration of its hugely popular iPad. I own a fourth gen model, and as someone who likes to be on the cutting edge, I was all set to snap up the new device. Except, what I saw didn’t excite me or give me a killer reason to drop $600+.

Tablet sales are slowing, and a large chunk of the reason for that can be laid squarely at Apple’s door. While the iPad Air 2 will appeal to first time buyers, businesses, or people looking to upgrade from inferior tablets, it just doesn’t offer enough to get existing iPad owners like me to upgrade. But it’s thinner! It’s lighter! So what? I’m not a frail old lady, or cursed with a muscle wasting disease. My iPad 4 is hardly a major weight, and to be honest, I like my devices to have a bit of heft to them anyway.

The new iPad comes with improved cameras! So what? I will never be the sort of person who takes meaningful photos with a tablet. If I’m somewhere amazingly picturesque, there’s a good chance I’ll have my Canon DSLR with me, and that takes far superior photos. And if I need to take a casual snap of something, my phone’s camera is all I need. People who take photos with an iPad are special. Let’s say no more.

It’s faster! Yes, this is the one selling point that means anything to me. I upgrade my PC on a regular basis in the vague hope that one day I’ll have a system that can keep up with me and do everything I want it to, so a speedier tablet is something that appeals. But the weird thing is, my iPad 4 never feels particularly slow. I’ve never cursed or shouted "come on!" at it. It does misbehave occasionally, forcing a reboot to teach it a lesson, but that’s about it. If I switched to an iPad Air 2 I would notice the difference I’m sure, but my iPad runs all the apps I throw at it without issue, and of course it runs the latest version of iOS, so I have nothing to lose by not upgrading.

It’s available in gold! I shove my iPad in a case, so it could be maroon and I wouldn’t know.

It’s got Touch ID! I like this feature on my iPhone, and I can appreciate it on the iPad, but am I prepared to spend $600+ to get it? Er… no.

So what was I hoping for? What would make me upgrade? Storage. The iPad Air 2 comes in three storage sizes -- 16GB, which is essentially worthless (buy that and you’ll regret it in a week), 64GB, which is the minimum you’ll need, and 128GB, which is the one you really want. If Apple had offered the 128GB model for a lower price, and chucked in a ton of iCloud storage, and just for once added the option to upgrade the internal storage in some way (a proprietary Apple expansion card of sorts would be fine), then I’d have sat up and listened. My iPad is always full, despite regularly copying photos off of it and deleting apps. Storage could have been the iPad Air 2’s killer feature. Not weight or thickness. Who the hell cares about weight or thickness?

A better screen would have been welcome. Sure, the new one is less reflective, but it offers the same 2048 x 1536 pixel resolution found on my iPad 4, the same 264ppi count, and the same Retina display. I can’t complain about my iPad screen, but a better one would be a reason to upgrade.

Any kind of innovation would have helped. Before the launch there was talk of Apple rolling out a giant iPad Air Pro capable of running iOS and OS X. That was never going to materialize, but if it had, at least we’d have something more interesting to talk about, and consider buying.

Adding something different to the iPad Air 2 -- some kind of built-in kickstand, a range of stunning accessories, anything -- would all have given me a reason to upgrade, except we got a refreshed Air and little else.

Don’t get me wrong -- if I was in the market for a new tablet, I would buy the iPad Air 2 in a heartbeat. I own a Nexus 7, and I’ve played around (briefly) with a Surface Pro 3, but neither device can compare with the iPad.

But the trouble is, I’m not in the market for a new tablet and so, like the vast majority of existing iPad owners, I won’t be upgrading to the iPad Air 2.

Maybe the iPad Air 3 will be the device I’ve been waiting for. I guess I’ll meet you back here next year to find out.