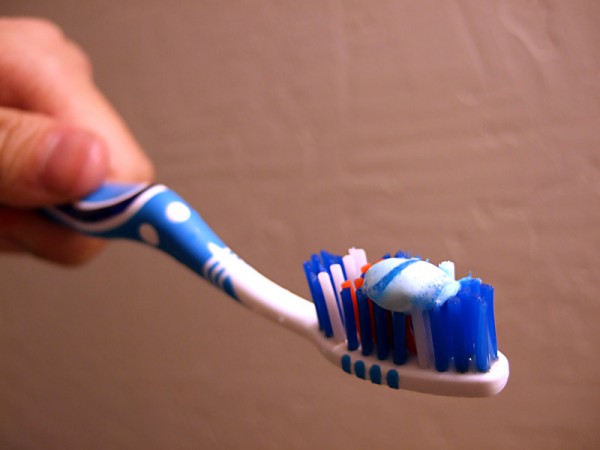 Sarah Perez makes the point before I could (oh lazy me): "Apple announces too many iPads". That's the most sensible take on tablets launched last week, and over the weekend copycat stories started posting. Strange thing, there's nothing new about iPad configuration complexity. The number of base SKUs, while way too many, increases by just two.

I first harped on Apple's "too many problem", following iPad mini's introduction two years ago, observing: "It's a crowded lineup, with overlapping features and prices not seen from Apple since the early- to mid-1990s". Crowded is understatement. The mini jacked up the number of basic configurations from eight to 14. However, when looking at all available SKUs, including two colors and carrier-specific models, the number jumped to 54.

Too many iPads are even more in 2014. There are five basic models -- iPad mini, iPad mini 2, iPad mini 3, iPad Air, and iPad Air 2 -- with 11 base configurations each for WiFi or WiFi and LTE. That's 22 SKUs, or less than two years ago, before adding cellular carrier configs, which multiplies LTE models by four, or color.

So let's redo the math. Adding color there are for WiFi-only and LTE:

That's 56 SKUs, compared to 54 at mini's debut in 2012. However, multiply the LTE models by four carrier options and the number jumps to: 112 plus 28 WiFi-only configurations for a total of 140. Someone correct my math, seeing as how it's still early day here on the West Coast and I'm one cup of coffee short of my morning caffeine ration.

The number of models and configurations is outrageous -- a consumer buying nightmare and manufacturing and distribution horror story. No one can fault Apple for not respecting Halloween. This iPad lineup is scary and confusing.

It’s a good thing the lines are long at the Apple stores on new product launch days, because you’ll probably have to spend that time trying to figure out which iPad you’re actually going to buy. (Unless, of course, you’re like a lot of us here – happily using our 'old' iPad 2’s which seem to still manage to do everything we need them to.)

The sheer number of SKUs is but part of the problem for shoppers trying to decide what to buy or for retailers trying to manage inventory. There is some relief from Apple SIMs being interchangeable among carriers. But that's a logistics benefit that doesn't diminish consumer confusion buying.

In Apple's defense, while tightly spaced, prices don't overlap as severely as previous models, which, with the right sales person, could diminish some confusion. Emphasis could. SKU differences won't be obvious to many shoppers. 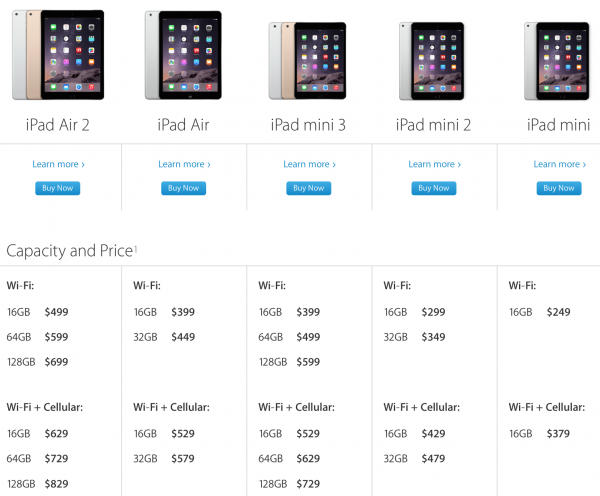 Now explain that difference to Aunt May. She can get the 16GB iPad Air 2 with WiFi-only for $499. Or she can spend $30 more and buy the older iPad Air with 16GB and LTE. She gains the benefits of cellular but loses Touch ID, faster processor, and thinner casing.

Let's go down the price ladder. For $249, Aunt May can save big bucks and purchase the two year-old iPad mini 16GB with WiFi-only -- no Retina Display. If she wants higher resolution screen, that means spending $50 more for iPad mini 2. Or she can plunk down $399 for iPad mini 3 same config. Someone explain to me what benefits warrant $100 more for mini 3 over its predecessor, because the only difference I see is Touch ID. Even I'm confused. Well, there is color. Aunt May can go for the gold by paying 100 bucks more.

This lineup is recipe for customer confusion and good reason not to work for Apple this holiday season. Seriously, the company should offer counseling sessions for over-worked staff that have to explain this stuff. I wouldn't want to. Yet, I must concede, that at the higher end the spacing of pricing and features is better than two years ago.

Differentiation typically drives competition, hence the number of toothpaste varieties. But the choices confuse. Have you tried to buy the stuff and been able to honestly discern the real benefits of one tube to another? I just buy the total care package.

iPad isn't toothpaste, and Apple shouldn't sell the tablet the same way, particularly in a market increasingly crowded with competitors. During iPod's dominance, Apple also managed a complex product line, but nothing so severely complex as iPad and without much competition. People choosing iPods generally only compared among Apple media players. The complex configuration lineup assumes buyers will only choose among iPads.

"Keep it simple, stupid" -- you know, KISS -- is a sound design and marketing philosophy for high-tech gadgets like tablets. Complexity works for toothpaste because the choices already are so similar and marketers benefit from confusion for these low-cost products that people use a few times a day.

Tablets are intimate digital lifestyle products, for which price places great expectations. The devices shouldn't be sold like toothpaste, not unless confusion is the seller's goal -- or increased manufacturing and distribution costs. Imagine if Apple managed a less-crowded, complicated, and confusing lineup that cost less to produce and passed savings back to buyers.