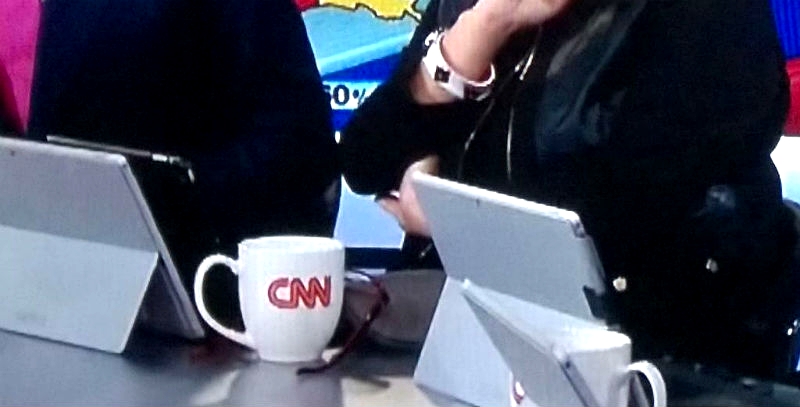 In an effort to drum up awareness about its Surface Pro 3 slate, Microsoft has been dishing out devices free to every TV show and broadcaster going, often sponsoring shows (aka filling them with incongruous product placement) and handing over cash to get the message out.

Unfortunately the message that seems to be coming across a fair bit lately is that the recipients prefer iPads. The CNN news team has certainly found a good use for the promotional Surfaces that Microsoft paid them to use -- the devices apparently make a good wall, behind which it’s possible to use Apple’s tablet surreptitiously on air. And as one newsreader discovered, Microsoft Surface also makes a wonderful stand to rest an iPad against.

It’s all rather embarrassing for Microsoft as it suggests that Surface Pro 3 either isn’t up to the task for which it’s being provided, or that the people who are being given them, really don’t want them and would rather use a device of their own choosing.

CNN's Jake Tapper (pictured using the iPad below) responded to the controversy, claiming it was "false and idiotic" and stating he was using both tablets -- Surface Pro 3 to look at exit poll stats and the iPad for tweeting. His response smacks of damage limitation of course, and even if true it's still hardly a win for Microsoft which makes a big deal of the fact that Surface users can snap two windows side by side -- exit polls and Twitter for example...

This isn’t the only marketing fail Surface’s promotional team has faced. Microsoft paid the NFL a reported $400 million to use its slates, only to find them being referred to, repeatedly, as "iPads" by commentators on Fox, ESPN and other networks.

The problem that Microsoft faces is the iPad is synonymous with tablets -- I once heard someone refer to their friend’s Surface Pro 3 as a "Microsoft iPad" -- and every time a Surface appears on screen, there are going to be people everywhere assuming it’s just a big iPad in a fancy case. Apple must be loving the free publicity Microsoft is paying for. 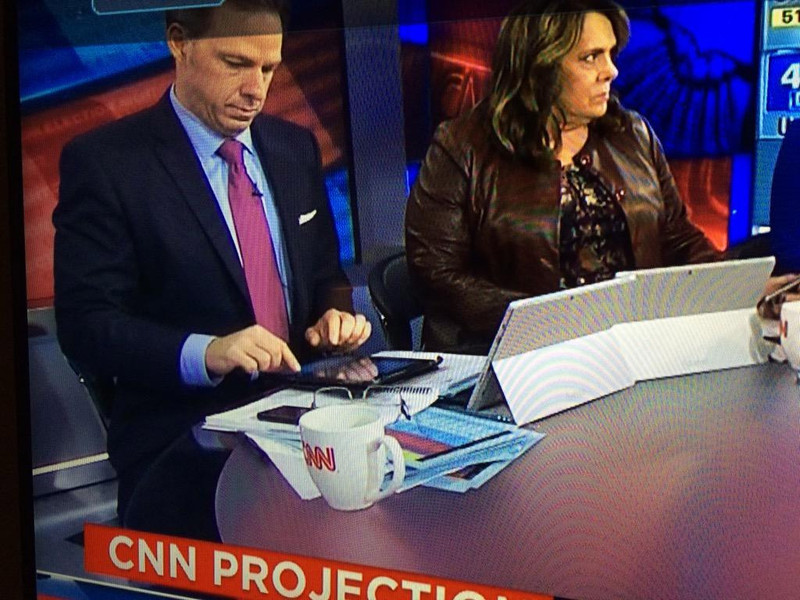