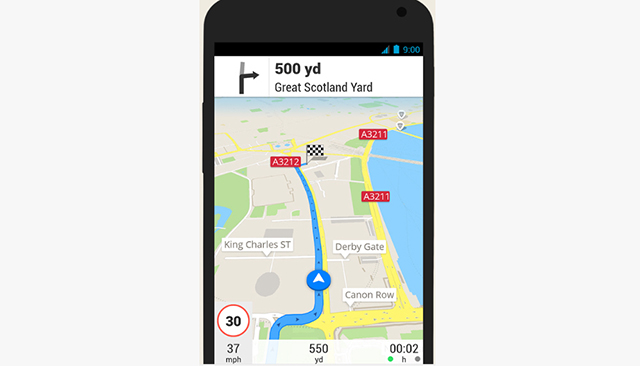 Telenav subsidiary skobbler has announced the release of GPS Navigation & Maps -- Scout, a powerful -- and now free -- travel app for iOS and Android.

As with the previous skobbler app, you get online and offline maps (via OpenStreetMap), and voice-guided turn-by-turn navigation for cars, cyclists and pedestrians.

The basic free build allows you to install offline maps for one country. You’re able to choose from three routes for any journey, and you now get basic traffic data along the way. But if this isn’t enough, upgrades are available.

"Real-time Premium Traffic" data (via Inrix) requires a one-off payment of $10.99 (no subscription, that’s it), and right now there’s a special worldwide map and traffic deal available for a one-off $14.99. Not bad for what’s becoming a very capable navigation system.

Still, even if you stick to the free version, there’s plenty to like here. The maps are packed with local information from Trip Advisor, Foursquare, POIs, Wikitravel (iOS only); static speed cameras are highlighted; there’s no loss of functionality when using offline maps (you still get search and turn-by-turn directions), and offline maps can be uninstalled and reinstalled as required, to save space.

What you won’t get are any of the chat or meeting functions from Telenav’s "Scout GPS Maps, Meetup & Chat" app: a little confusingly, despite the "Scout" branding, they’re entirely different.

GPS Navigation & Maps -- Scout is good enough to stand on its own, though. The free version has plenty of features, and there are reasonably priced upgrades if you need them. Give it a try.