What you should know about the E-Label Act 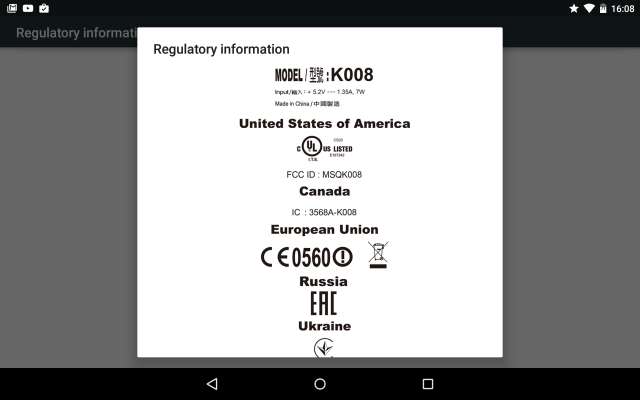 The FCC label on radio-equipped devices sold in US has been mandatory since 1973. By now, we have gotten used to seeing it, no doubt because there is usually nothing that we can do to hide it. But, as technology evolves, its physical presence is bound to cause some serious problems (not to mention that it spoils the look of some gorgeous devices).

However, in mid-July, a new bill, called the E-Label Act, was introduced to give companies that operate in US the option to feature an electronic FCC label on their radio-equipped products. And, after passing through Senate and Congress, President Obama just signed it. Here is what you should know about it.

First off, it should be mentioned that the electronic labeling is not something new in US. "The rules already permit devices approved as software-defined radios and modular transmitters to display compliance information electronically through a display where available", says the FCC.

"The Commission has already permitted e-labeling for a small subset of devices", said FCC commissioner Michael O'Rielly in late-April 2014. "In 2001, the Commission’s rules authorizing software defined radios (SDR) permitted the voluntary use of e-labeling by device manufacturers".

Interestingly, the FCC has introduced electronic labeling guidance that explains what should be displayed, how the information should be accessed and what other things are required, before the E-Label Act was even signed. (The last bit usually means that if a device makes use of an electronic FCC label it also has a removable, physical label on it -- some of us may have seen this already.)

Notice the difference -- the E-Label Act adds devices with an integrated display into the mix. To consumers, the most prominent beneficiaries of this change will be smartphones, of course. However, the biggest beneficiaries will be much, much smaller devices, that will only grow in numbers with the move towards the Internet of Things. As the E-Label Act notes, "As devices become smaller, compliance with physical label requirements can become more difficult and costly".

Now, the big question is, of course, "When will we see more companies using e-labels on their devices?". Well, that is up to the FCC now. The commission has nine months to "promulgate regulations or take other appropriate action, as necessary, to allow manufacturers of radiofrequency devices with display the option to use electronic labeling for the equipment in place of affixing physical labels to the equipment".

That likely means that the earliest that we could see companies taking advantage of the E-Label Act is well-into next year. The next, for instance, iPhones could ship without the FCC logo on the back.

The screenshot at the top of the article (taken on my 2013 Google Nexus 7, running Android 5.0 Lollipop -- which was released in November 2014) gives us an idea of how the electronic label might look. I should point out that in the case of the second-generation Nexus 7 it is not quite easy to find. Whether the placement of the e-label will be different or not, in practice, remains to be seen. I am sure that, except for the FCC, not many of us will mind it if we cannot easily find that info.