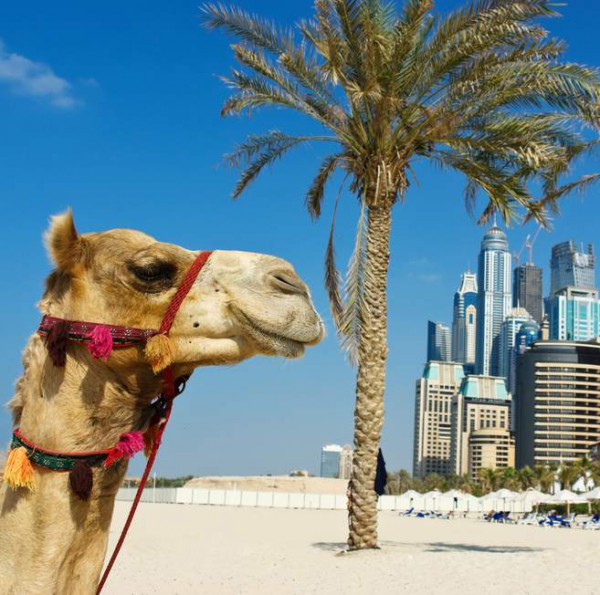 I consider myself to be a bit of a world traveler, having been to Canada, Europe, Mexico and more. Sadly, I have not yet visited the Middle East. While I can't currently afford a trip there, I also don't go due to my own trepidation. Whether misguided or not, the US Government does issue travel warnings, so it is understandable to be hesitant to travel there.

With that said, some of the area has a good reputation; Dubai for example, besides being beautiful, is supposedly safer than other cities. Still, the US Government does warn about travelling there too. Luckily, if you are fearful of going there, or just can't afford it, Google is bringing the city to you. Yes, Dubai is the first city in an Arab country to get Google Maps Street View.

"Dubai is home to the world’s tallest tower, largest mall and the planet's only seven-star hotel. With all these modern wonders, it's no surprise that Dubai hosted 10 million global visitors last year -- and aims to hit a record-breaking 20 million visitors in 2020. Starting today, it can add virtual visitors to that list, as Dubai becomes the first city in an Arab country to be added to Street View in Google Maps", says Mohamad Mourad, Regional Director for Google, Middle East and North Africa.

Mourad further explains, "it's hard to believe that a city not much larger than 4,000 square kilometers has become such a hub of modern culture with more than 200 nationalities mingling daily, as well as a center for trade and tourism in just four short decades. We hope that you’ll be inspired to explore its wonders in person, but until then, they're just a click away".

It is quite surprising that Google has taken so long to represent an Arab country's city. Hopefully the United Arab Emirates is only the first stop on Google's Arab travels, as I would love to see more.

While the virtual tours are great, hopefully I get to see it in person one day too. Of course, given the below language from the US Government, I am not yet comfortable to do so:

"U.S. citizens in the United Arab Emirates should exercise a high level of security awareness, even though law enforcement units have effectively demonstrated the capacity to detect, deter, and prevent acts of terrorism in the UAE. The Department of State remains concerned about the global threat of terrorism, including the possibility of terrorist attacks against U.S. citizens and interests in the Persian Gulf and Arabian Peninsula".

Have you ever traveled to the Middle East? Tell me about it in the comments.