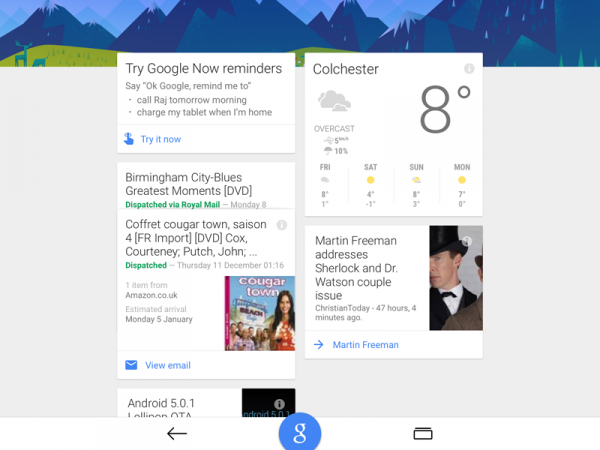 Google has unveiled Google 5.0 for iOS, a new release of its search tool for iPhone and iPad.

Version 5, which incorporates functionality from Google Now, has been rebuilt from the ground up to add a number of new features, plus show off a new look and feel that’s been designed around the new iPhone 6 product family.

The app forms the centrepiece of a number of Google products, designed to bypass Apple's own default apps in favour of a smaller ecosystem where Google apps are the default for specific tasks, such as browsing (Chrome) or maps (Google Maps).

Version 5 unveils a brand new design, which comes with the promise of "beautiful" new Material Design animations, plus larger photos when performing image searches, all optimized for the larger screen of the iPhone 6 and iPhone 6 Plus.

A new Google button has also been implemented, designed to allow users initiate a new search with a single tap from any screen -- the button appears whenever the user starts scrolling or tapping on-screen.

Finally, the iPhone version of the app now incorporates Google Maps functionality within the Google app itself, saving users the bother of switching apps. This includes options for exploring interactive maps, nearby places and Street View.

Google 5.0 for iOS is available now as a free download for iPhones, iPads and iPod touches running iOS 7.0 or later.