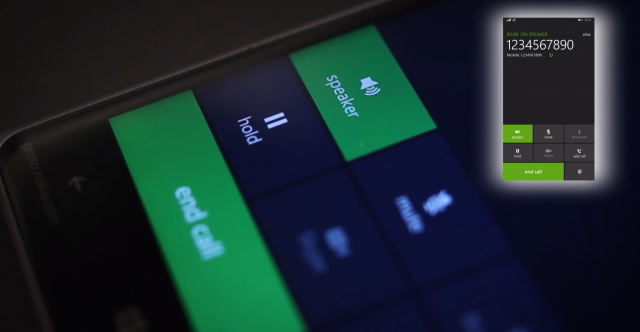 Windows Phone started off as an easy to use smartphone operating system without many bells and whistles. Over the years, it has picked up more and more advanced features, reaching the point where it can now hold its own in a comparison against main rivals, Android and iOS. And Microsoft keeps adding to the list.

One area where Windows Phones have struggled -- against Android rivals -- is gesture-based features, like the ability to answer a call by holding the phone to the ear. (You can find that on some old Android devices, like Samsung Galaxy S3.) It is not a major feature by any means, but it is nice to have. Well, Microsoft is trying to catch up by introducing a new app, called Gestures, which enables (more) gesture-based features.

The option to offer gesture-based features has always been available on Windows Phones, as the hardware makes this possible -- it is not all that different to other smartphones that have gesture-based features, after all. Microsoft and its partners just chose to focus on other areas of the user experience.

However, some Windows Phones have offered gesture-based features out-of-the-box. For instance, a Nokia Lumia 920 will silence the ringer when it is turned face down. Microsoft is not the first to bring such features to the platform, but it is the first to offer a more rounded set. (That said, not all Windows Phones are created equal -- some, like Lumia 530, Lumia 630 and Lumia 635 -- do not support all the gestures the app offers.) 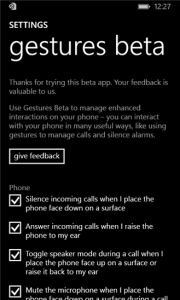 Gestures, which is currently undergoing beta testing, gives users the option to enable four gesture-based features (users can individually select which ones to enable). We might even see more being added as the app's development continues.

I would love to see the use of gestures extending to other parts of the user experience, not just phone calls. For instance, turning on quiet hours by placing the Windows Phone face down would be nice to have.

Gestures is available to download from Windows Phone Store.