Samsung hopes you'll like some curves to your monitor, announces the 34-inch SE790C 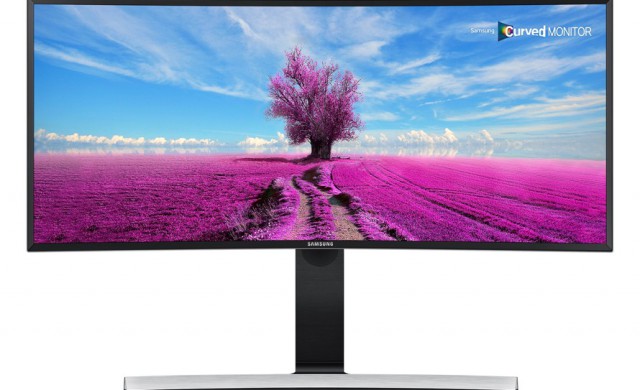 Curved displays look cool. There is no question about it. Frankly, anything that deviates from the norm in this space -- meaning, it is not flat -- tends to have a certain appeal to it. Is it a useful change? That depends. Personally, I'm inclined to believe that it has potential in certain scenarios, although there are some who believe that a curved display is nothing more than a gimmick. No matter where you stand on the matter, one thing is certain -- we will have to get used to them, as they are growing in numbers.

After first announcing TVs with curved displays, South Korean maker Samsung has started to offer desktop monitors with this feature, the latest of which is the 34-inch SE790C, rocking Ultra-WQHD resolution. In plan English, that means 3,440 by 1,440 pixels. Here is what else you should know about it.

For those who are wondering just how curved SE790C is, Samsung says that its curvature radius is three meters (that's 9.84 feet for those not using the metric system) which allows "the screen edges of the SE790C [to] more closely match the natural curve of a viewer’s eyes". That is touted to lead to less strain on the eyes and a more comfortable viewing experience. At 34 inches in diagonal, used as a desktop monitor, I wouldn't be surprised if Samsung's claims hold true in testing.

That UWQHD resolution gives SE790C an aspect ratio of 21:9, which, in practice, makes it a solid option for watching movies, and viewing two or three websites in full-size, side-by-side. If you are the sort of person who often watches TV shows on their monitor, SE790C is not an ideal option for this, as TV shows are generally offered in the 16:9 aspect ratio. Black bands will ensue. So, it depends whether it is good for you or not. Personally, I see it aimed more at work/productivity than play.

The other specs you normally see listed for monitors look good. SE790C has a contrast ratio of 3,000:1 and brightness of 300 cd/m2. The viewing angles are said to be 178 degrees, both horizontally and vertically. That should translate to little distortion when viewed off-center. Other features are picture-in-picture (PiP 2.0, actually -- which is said to enable multi-tasking without downscaling), four USB 3.0 ports (with "super-charging"), 7-watt dual-stereo speakers, response time of just four milliseconds, height-adjustable stand and VESA support.

There is no pricing or availability information offered at this stage, as Samsung is likely waiting for CES 2015 to kick-off before releasing such details. Of course, I do not expect it to be cheap.