Most Americans are fearful of police body-worn camera misuse -- are you? 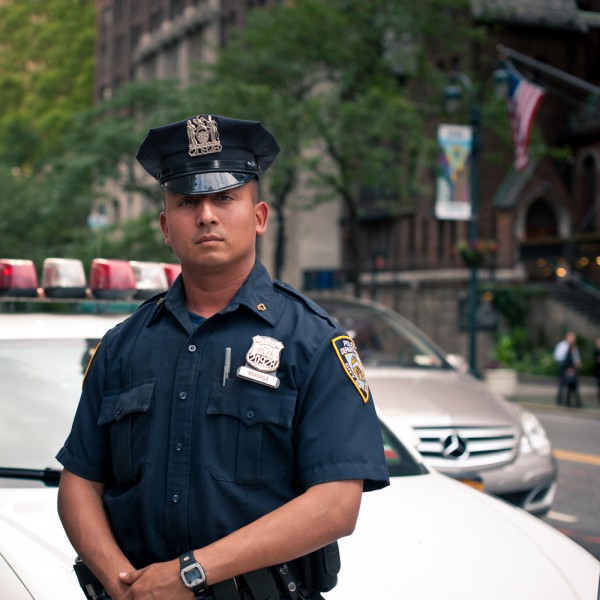 There is a lot of tension in America currently, between citizens and the police. Sure, this is not a new concept; police violence and the distrust of officers has a history, whether misplaced or not. There are bad people in all facets of life, including in the police force, but I want to believe that the great majority of the officers are good. In other words, I respect the police and want them to make it home safe to their families every night.

Unfortunately, the recent deaths of unarmed citizens, regardless of race, has opened up old wounds, and police distrust is on the rise. President Obama called for body-worn cameras to curb violence, and it is not a terrible idea. There are pros and cons to all things you see, and while body-worn cameras can be abused, they should not be dismissed entirely. With that said, 75 percent of Americans are fearful of these videos being misused, including leaks to YouTube and social media.

"According to results from the American Sentiment toward Police Body-Worn Cameras national survey, an overwhelming majority of Americans do not want individual police officers to determine when to record using body-worn cameras. When asked if it should be left up to the police officer to decide when to manually Start or Stop body-worn camera video recording, 82 percent of Black, 77 percent of White and 74 percent of Hispanic respondents answered no", says ORC International. 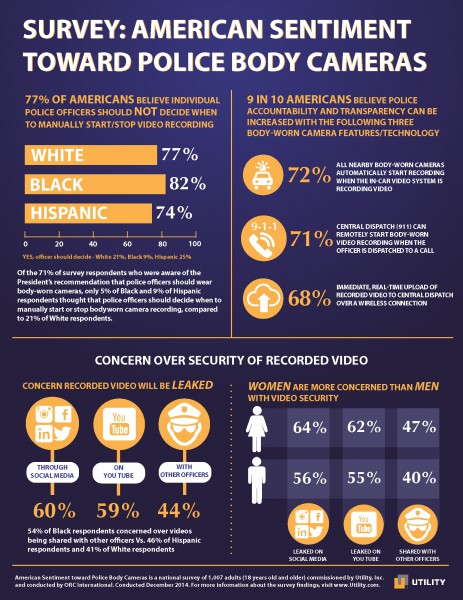 Sadly, there is potential for abuse with these videos, and I can understand people's concerns. In a world that has things like The Fappening, there is a fear that an embarrassing police interaction could make its way to YouTube, Facebook or something else. Hell, it is uncomfortable to think of police watching it for laughs internally.

Don't forget though, these cameras can be used for good too, such as capturing excessive force by the police and equally important, protecting the police officers from false claims. For this to work though, they must run all the time, while the cop is on duty -- the officer should not be able to turn the cameras on and off.

Are you worried that these videos may be abused? Tell me in the comments.